Haebangchon is the new hipster enclave in Seoul to hangout at 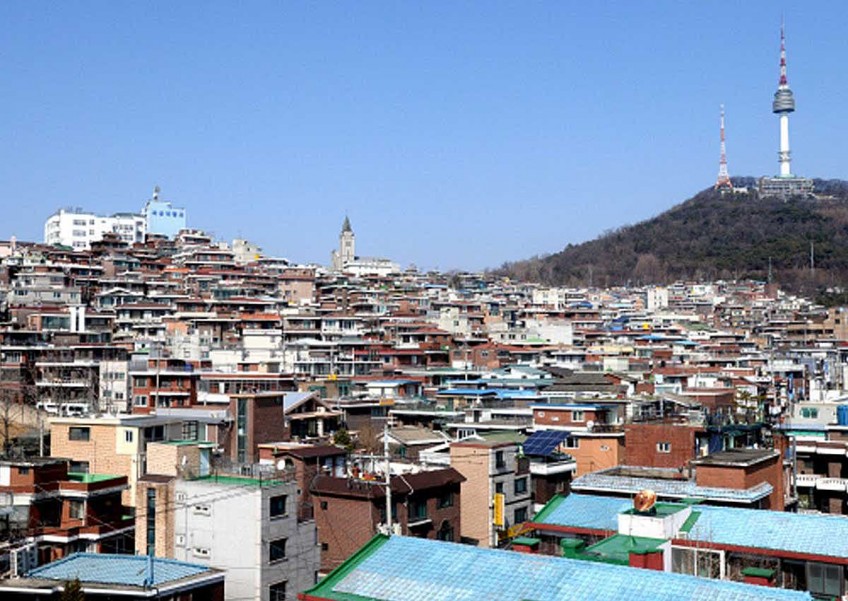 Navigating through the Haebangchon neighborhood of Yongsan can be a challenge. Houses are perched on steep hills. Cars squeeze past labyrinthine roads while pedestrians walk dangerously close to the traffic. It's an inconvenient neighborhood in many ways, and hard to reach by public transportation.

But cafes, exotic eateries and artists' studios have been popping up there since as early as 2006, turning it into a trendy hangout spot. Owners remodel old buildings to save costs, turning shabby properties into fashionably vintage ones.

As of 2016, about one-tenth of the area's 13,000 residents are foreign, according to the local Yongsan-gu Office. The initial reason for the area's rise was one based on practicality -- its proximity to the booming Itaewon and Gyeongridan areas, but with cheaper rent, real estate agents say.

"Haebang" means "liberation" in Korean; the area got its name after people returning from abroad or fleeing from the North settled there, following Korea's liberation from Japanese colonial rule in 1945.

Haebangchon was home to a throng of knitting factories in the '60s and '70s. In the '90s, the neighborhood began to wane as its landmark Sinheung traditional market and surrounding stores went out of business, unable to withstand the onslaught of large retail chains. And in the 2010s, after a decade of stagnation, low rent drew in artists who needed studio space and foreign nationals looking for affordable accommodations.

In 2014, Seoul Metropolitan Government announced plans to revive the area. Last year, the landlords of Sinheung market signed a rent-control pact effected through 2022, and leatherwork and soy candle studios, a tailor and other artisan shops have opened in the former market.

"This year, we'll be renovating the alleys inside the market and its roof," said Han Gwang-ya, a professor of architecture at Dongguk University leading the initiative to revive Haebangchon. "For now, our goal is to spruce up the infrastructure there."

Recently, the more remote corners of the neighborhood have become home to a number of small, independent bookstores.

Celebrities and artists have begun frequenting the area as well. Placed on a shelf in Goyo Bookshop, situated on a high hilltop near Haebang Church, is a signed copy of Man Booker awardee Han Kang's "The Vegetarian" dedicated to the store. Small notes carrying musings written by the owner are pasted on some of the books.

Comedian Ro Hong-chul has set up a small bookstore here as well. Storage Book and Film is another bookstore with a variety of books that reflect the owners' tastes -- independent publications, translations of obscure foreign texts and works by up-and-coming writers.

But the shop owners stress they aren't idealistic dreamers: Their goal is to make a living, however small, off their book sales. Like the neighborhood, their stores are a mix of artistic sensitivity and necessity.

"I want to rebut views that highlight the bookstore as a 'pure' space of culture that doesn't consider profits," writes the owner of Goyo Bookshop in an essay published in a local magazine's November 2016 issue. "Selecting good books is the beginning of selling good books."

Haebangchon is still far from a lucrative neighborhood, save the main street near Gobawoo Supermarket, across from Gyeongridan. "It's not bustling with customers on weekdays. Only people who come here come here mostly on weekends and at nights," said a cafe owner who asked for anonymity. "We're in the black thanks to low rent and increasing foot traffic, but only barely."

Location: Spans from near Exit 2 of Noksapyeong station to east of Yongsan High School, on Yongsan 2-ga, Yongsa 1-ga and Sinheung-ro