Here's a sneak peek at Legoland Japan which opens in April 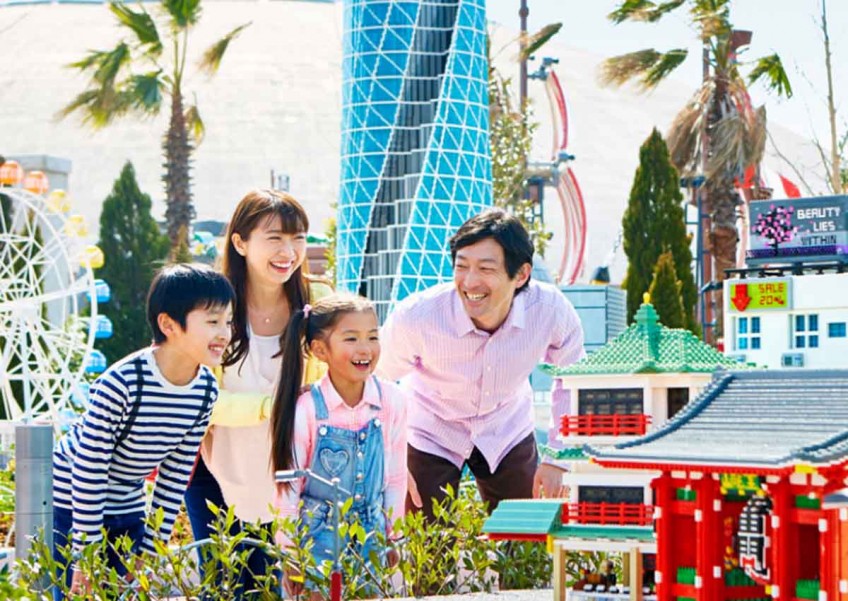 Jetting off to Japan to view cherry blossoms soon?

You may want to add Nagoya to your itinerary, as Legoland Japan will be opening on April 1.

Designed for a day of family fun, Legoland Japan has seven themed areas featuring over 40 attractions and shows.

Kids can drive life-sized lego cars, battle their parents with water cannons, or hop onto a roller coaster or pirate ship ride together.

If you want to see how a Lego brick is made, take a tour at the Lego Factory and bring home a freshly made brick as a souvenir.

When you step into Miniland, take a closer look at the miniature models of Japanese landmarks such as Himeji Castle, Sensoji Temple, and Tokyo Tower.

For a great view of the theme park, head over to the 50m-tall observation tower.

And if a day of walking made you hungry, try snacking on the french fries shaped like Lego bricks.

Before you leave, how about taking a selfie with the friendly Sphinx which is already making a victory sign?

Legoland Japan is the eighth Lego theme park in the world. A one-day pass for adults costs 6,900yen (S$87) and 5,300yen for children aged between three and 12.