How to increase your chances of surviving a plane crash

It's the experience that no one ever wants: a plane crash.

The truth is, the odds of being killed on a single airline flight is one in 4.7 million. Reader's Digest has put together a few life-saving habits you should consider before you hop on your next flight, in case of an unexpected mid-flight emergency.

Leave your carry-on behind

There's a good reason why flight crews ask that you keep your luggage clear of the aisles. In the event of an evacuation, a bag blocking the escape route could determine if someone lives or dies.

Searching for luggage could delay evacuation, so the safest thing you can do with your carry-on is leave it on the plane.

The safest place to sit on a plane is behind the wings.

A recent study of 20 commercial jet crashes with fatalities and survivors found that passengers seated in the rear cabin (behind the wings) had a 69 per cent chance of survival, compared with just 49 per cent for those in first class. 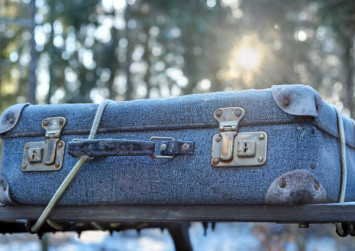 Exit rows are perhaps the safest place to sit on the whole plane. In the event of an evacuation, the closer you are to an exit, the higher the chance you'll escape unscathed.

Do your homework early and request your seat preferences at the time of booking to make sure you're in the safest location possible.

The safest way to sit during a crash is to brace yourself, literally. Keep your feet flat and your head cradled against your knees or on the seat in front of you.

In a 2015 crash stimulation, Boeing found that passengers who both wore their seat belts and assumed a brace position were likeliest to survive.

In the event of a crash, put the oxygen mask on the minute it drops. During a loss of cabin pressure, the fall in oxygen can knock you unconscious in as little as 20 seconds.

Always secure your own oxygen mask before helping others - every second is crucial in these events.

The safest clothing to wear on a plane is nonflammable.

According to the US National Transportation Safety Board, 68 per cent of plane crash fatalities occur in post-crash fires, not in the initial impact.

Simply, just avoid wearing flammable synthetic fibers like polyester and nylon. Your best choice is to opt for natural materials like cotton or wool.

It is also wise to wear long pants and long sleeves for extra protection from flames and sharp objects in the event of an emergency.

Pro tip: Shoes that don't leave your feet are the best shoes to wear on a plane.

Flip-flops, slides and sandals may seem like a good idea for breezing through metal detectors without an issue, but in the chaos of a crash or evacuation, they'll only slow you down.

High heels can lead to stumbling and may even be sharp enough to pop the inflatable exit slide.

Comfy flats, sneakers and boots should be kept on your feet throughout the whole flight. Loose shoes can get in the way of other passengers and may hinder your own mobility during an evacuation.