How to spend a week in Iceland for under $2,000 including flights 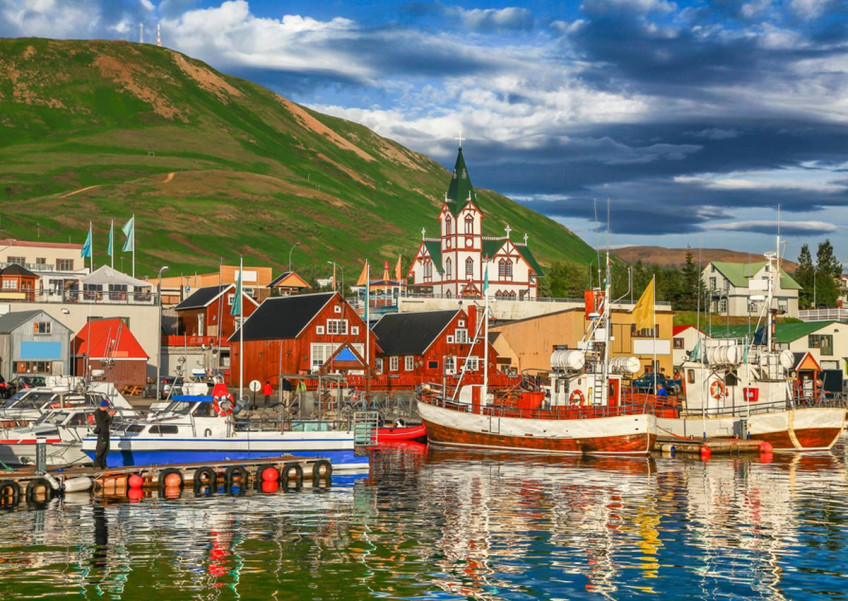 There are holiday destinations that everybody has been to and nobody is really impressed by, like Australia and Thailand.

And then there are those destinations that most people only dream about, like Timbuktu, Bhutan and… Iceland. Mainly because they think a trip there is going to cost millions of dollars.

I can't speak for the first two destinations, but Reykjavík, Iceland, while not exactly a low budget city, isn't as unaffordable as most people think.

In fact, if you're willing to let the inner diva in you take a backseat and slum it a little, you'll find your trip costing less than what some people spend on alcohol in two months.

Iceland is pretty damn far away, as you'll soon discover after a backbreaking flight and stopover. However, flying to Reykjavik really isn't that much more expensive than flying to other European destinations.

While you might be quoted alarming prices like 2,500 SGD, don't panic. Provided you don't wait till the last minute, you should be able to get a return ticket for 1,100 SGD to 1,200 SGD if you watch the prices on Kayak like a hawk.

Iceland is expensive for travellers, and the cheapest option is camping-and one that few visitors are up for, especially during winter, and especially when said visitors' closest experience to camping is staying in a chalet at East Coast Park.

Most visitors to Iceland base themselves in Reykjavík and then take day trips to the outlying areas. This is probably the least stressful way to see the main sights in Iceland, especially if you're only there for a week or so.

Airbnb offers particularly good value for money in Iceland, and you can find rooms in central Rekjavík for around 33 SGD to 65 SGD a night. If you're travelling with someone, it's probably a better idea to split the cost of a room on Airbnb than to rough it out in a hostel.

That being said, hostels in Iceland are cleaner than the actual homes of many people I know, and you won't have to deal with the scarily filthy conditions you might experience in Western European hostels.

The main form of public transport in Reykjavík is the bus, which costs 350kr (3.70 SGD) per ride. The bus driver can't give you change, so try to get hold of some small change before you leave for the day.

The buses are infrequent by Singaporean standards, and arrive every 20 minutes on weekdays and every 30 minutes on weekends. However, they are punctual and cover most parts of the city centre, so you won't find yourself hiking for miles from the nearest bus stop.

Some tourists rent a car at least for a day or two, but it's going to cost you, at about 120 SGD to 200 SGD a day. In the interest of cost savings, pick accommodation in the city centre so you can rely on buses.

Reykjavík is compact and easy to navigate, and most of its main urban attractions are free. The Blue Lagoon, a geothermal spa that's one of Iceland's most-visited attractions, will cost you quite a bit to visit, however most other sights are free, whether in the city or outside.

Iceland is definitely not one of those places where you'll be rushing from sight to sight. So chill out and you'll save money as well.

Here's a sampling of what it will cost you to see some of the city's major sights:

Cost: About 80 SGD to keep yourself occupied for a week

Iceland isn't exactly a foodie's paradise, and food is so expensive you might end up placing yourself on a voluntary diet. So we highly recommend renting accommodation with a kitchen you can use (some hostels and many Airbnb apartments will let you use their kitchens, so ask before you book).

For the times you do eat out, eating at hot dog stands and little mom and pop shops rather than restaurants will save you tons of money.

If you must have an actual restaurant meal, by all means treat yourself to one, but be aware that it will set you back some 3,000 kr (32 SGD) to 8,000 kr (84 SGD) and likely consist of meats like whale and puffin that you might find questionable.

This article was first published herehttp://blog.moneysmart.sg/travel/holiday-reykjavik-iceland-2000-including-flights/