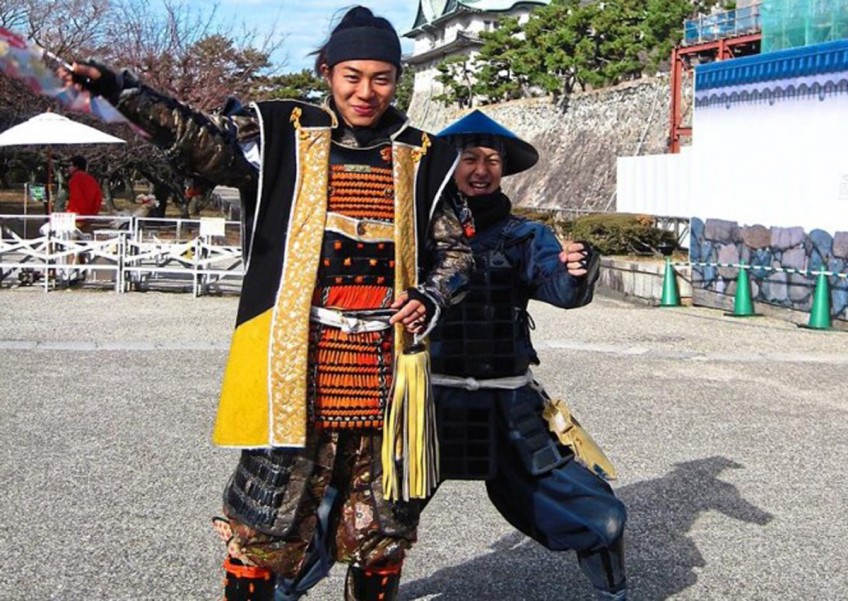 Central Japan's Aichi prefecture it is hiring full-time ninjas - the martial arts masters and stealth special assassins of feudal times - to promote tourism in the area known for the historic Nagoya castle.

They will also perform acrobatics, demonstrate the use of their trademark shuriken - ninja star - weapons and pose for photographs with tourists, he said.

A poster the prefecture created says the ideal candidates are those who "enjoy being under the spotlight even though he or she is a secretive ninja".

Japanese speaking ability is preferable, but non-Japanese individuals passionate about history and tourism are welcome as the troupe will sometimes perform in English, said Adachi.

"Our ninjas also have to be good at talking, to promote tourism, although ninjas are basically required to be secretive," he said.

They also "have to be able to do backward handsprings and some dance moves", he added.

Successful candidates will go through a one-month training course this month.

Nowadays ninjas are mostly confined to history books and fiction. But they are also used to promote Iga, some 350km south-west of Tokyo, a city near the ancient imperial capital of Kyoto that was once home to many ninjas.

Last year, governors and mayors from prefectures around the country traded their usual suits for ninja costumes to announce the launch of a "ninja council".

The not-so-stealthy move comes as local governments turn to tourism as an economic growth driver ahead of the 2020 Olympic Games in Tokyo.