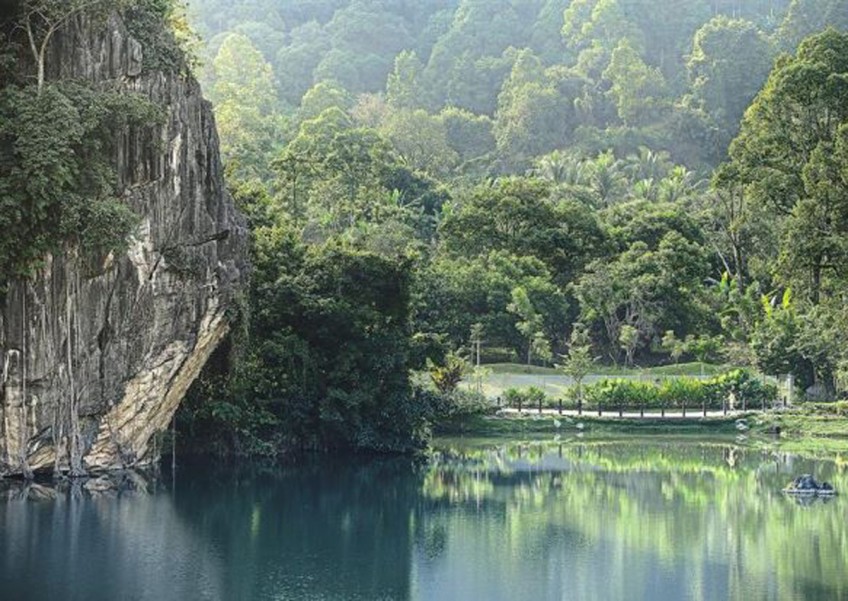 SEEING is believing. Guests are in for a pleasant surprise upon entering The Haven - a world class luxury resort in a little town called Tambun near Ipoh city.

It's only been a year but The Haven has already welcomed international citizens from over 50 countries to the world class luxury resort. The five-star development received a five-star certification from the Tourism and Culture Ministry.

Having placed Ipoh on the global map, The Haven will be the catalyst for tourism growth in the northern state of Perak.

Surprised at how The Haven is "undervalued" for its complete facilities and top-notch service, guest Evelyn Ho from Renosis Industries Pte Ltd describes the rates as "a steal" when compared to her accommodation in Sentosa, Singapore.

A stay at The Haven's three-bedroom suite costs S$300 per night - cheaper compared to the S$1,200 she had forked out for a one-bedroom suite in Sentosa. While both she said were fine luxurious resort residences of equal standing, The Haven was clearly a more economical choice.

"Most resorts in Asia command rates of over US$600 (S$838) per room per night. Also, the selling price of The Haven is truly undervalued considering the demand and potential."

The Haven is now going for about RM700 per sq ft as a condotel. It has the potential to command over RM3,000 (S$1000) per sq ft especially with it's five-star rating.

The Haven has received high accolades and multiple awards, both local and international, in multiple categories. It has been recognised as a green and eco-friendly development, top in design and quality luxury residences and best hotel.

Last month, The Haven was awarded the most prestigious property award yet - FIABCI's "Malaysia Property Award for Best High Rise Development 2015" - and will represent the country in the global arena at the FIABCI International Prix d' Excellence Awards to be held in Panama.

The Haven will be competing with developments valued at US$2,000 per sq ft and above.

While in London, it won the best Global Luxurious Retreat Hotel Award in all three geographical categories - Malaysia, Asia and Global.

Chan feels that Ipoh has been underrated for too long. The city has excellent infrastructure and facilities including connectivity, hospitals, restaurants and interesting locations.

The green limestone setting of hills belonging to the Neolithic period are over 200 million years old but they are not fully appreciated.

"Indeed, The Haven can boast of its 14-storey outcrop that sits strategically at the side of an ever-flowing natural lake that is over 280 million years old," Chan says.

The Haven is starting to be recognised as a wellness destination. The clear crisp air from the pristine environment away from the bustling city crowd makes it popular as a wellness location.

"We made sure to be in sync with the environment by ensuring that only natural ingredients are used in our food. Our food is as natural as it gets with no additives or MSG.

"We believe that we offer the best food in Ipoh with a mix of local, Asian, Western and Middle Eastern cuisines. It has taken us a year to achieve this distinction," Chan says.

Continuous support from all

Who could have envisaged that a hotel development in Ipoh could achieve world recognition? The Haven has indeed put Ipoh on the world map, pioneering the concept of luxury family vacations for three generations.

Here, children, their parents and grandparents can all come together. The Haven has also become a catalyst for a confidence revival in Ipoh as it highlights the state's natural assets, limestone hills and home-grown uniqueness.

"This will surely be a boost for Ipoh. Ipoh is now set to be among growing world-class-tourist destinations as the city flourishes in providing top-notch hotel services and facilities.

"We have been adjudged over hundreds of top world-class establishments from all over the world and are now giving Ipoh the confidence it deserves," Chan says.

The Dec 1 copy of the local paper, Ipoh Echo, writes: "The Haven has already fought, and won, half the battle. The rest is up to those in power and ordinary Ipoh folk to make good use of this foothold to achieve bigger successes.

"How does the state authorities leverage on this achievement to propel Ipoh further in the eyes of the world?"

The ringgit's slide in the currency market has indeed made this development a bargain buy and a bargain stay. The Haven believes in supporting the economy more substantially with the current currency drop.

The Haven's new promotions aim to cater to value-conscious travellers looking for luxury, quality and peace of mind.

The development can thus be expected to be a great foreign exchange spinner for the nation and a great benefit to the state in terms of employment, stature and image.

The Haven has indeed made its mark nationally and internationally, bringing optimism and enthusiasm to the property market.