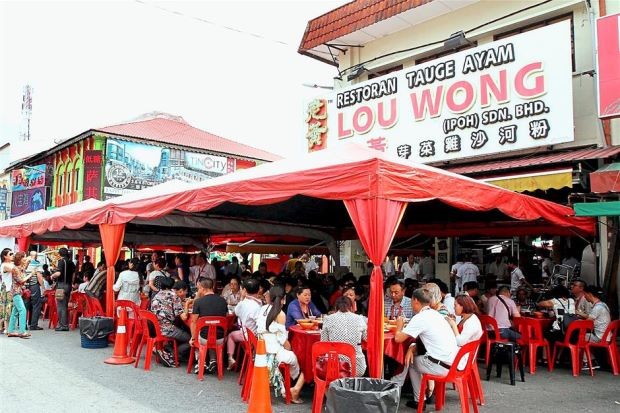 IPOH - There is more than just "old charm" and hipster cafes to this city, as renowned Hong Kong food critic, columnist and television host Chua Lam would testify.

Giving his thumbs-up to the listing of Ipoh being among Lonely Planet's Top 10 Best Asian Destinations, Chua, who last made a trip here a decade ago, said he missed the food.

"The hor fun (kuey teow) and the bean sprouts here are incomparable. I've eaten at a lot of places and these here are the world's best," said Chua, who is visiting with an entourage of Hong Kong tourists.

The Lonely Planet survey, he added, was trustworthy.

"I think the listing is good for the city and the country," he said at a pomelo farm in Tambun.

Chua said he would be putting up a video clip of his latest visit on his Weibo account, which has a following of about 9.3 million people.

Lonely Planet has put Ipoh at number six in the list, which is topped by Hokkaido (Japan), followed by Shanghai (China), Jeonju (South Korea), the Con Dao Islands (Vietnam) and Hong Kong.

Feeling that the recognition was long overdue, kindergarten clerk Lily Lim said there were plenty of attractions, especially within the Old Town area.

"Outsiders may also not know about the Heritage Trail that starts from the Ipoh Railway Station," she said, adding that colonial buildings were part of the city's charm.

"When we think of Ipoh, we think of the limestone hills, white coffee and the slow-paced life. It does have its charms," said the 38-year-old.