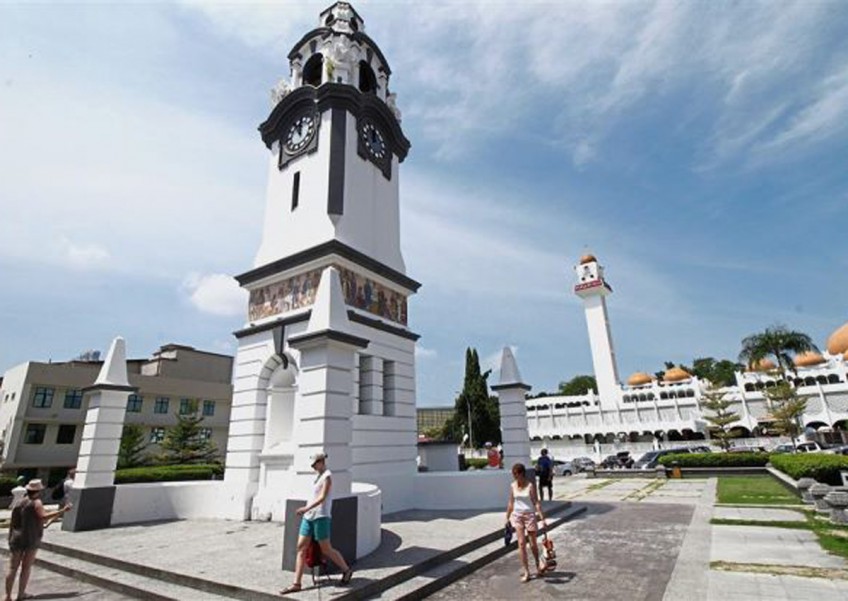 Running out of time: The Birch Memorial Clock Tower in Ipoh. As Visit Perak Year winds down, the state is still trying to attract Chinese tourists.
The Star/Asia News Network

IPOH - It's Visit Perak Year but Chinese tourists on their Golden Week holiday are skipping the silver state for other more popular spots such as Kuala Lum­pur, Penang, Melaka, Genting High­lands and Sabah.

The holiday runs from Oct 1-8.

"They only make short stops in Perak if they visit," he said.

He also lamented the fact that most big tour groups to Perak were handled by Kuala Lumpur tour agents, adding that agents in Perak were left out.

Goh said while the state government was promoting Perak internationally, an influx of Chinese tourists could only be expected in the next four to five years.

Calling for more co-operation between the state and travel agencies for better marketing and promotion programmes to attract Chinese tourists, he said Perak had much to offer.

"We can target high-end tourists looking for a relaxing and leisurely tour.

"There are many good street foods that can be promoted to attract the Chinese tourists," he added.

A tour agent, who wanted to be known only as Lau, echoed Goh's view of a lack of big Chinese groups to Perak.

"Compared to Penang or Kuala Lumpur, we are less known. The Chinese only come to the state in small groups.

"I hope that more promotions are being planned to attract bigger groups to the state," he said.

"We have five tour vans and all have been booked to take them around.

"Each group consists of two to eight people," she said.

On Perak's attractions, she said: "We have Pangkor island for those who like beaches. Our Ipoh white coffee is also popular in China and it can be promoted to the tourists."

"Penang and Melaka are also popular because of their Unesco heritage status," she added.