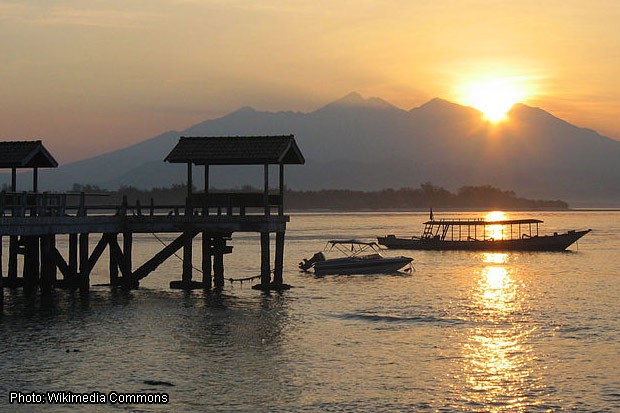 With its wide selection of breathtaking and affordable retreats, ASEAN pampers island lovers with choices.

When it comes to travelling on a shoestring budget, there are probably few other destinations than those in South-East Asia that fit the bill.

Add pristine island getaways to the mix, and travellers can be assured of a fun day in the sun while keeping budgetary factors under control.

A recent report released by TripAdvisor, which reveals the most affordable island destinations in the region, validates that notion.

The results - taken from the second annual TripIndex Sun report - compare the cost of a day out and an overnight stay for two people to enjoy a one-night stay in a four-star hotel.

The island vacations in the study came complete with sampling tantalising meals and participating in beach activities. So the study also took into account the cost of a two-course meal, drinks, a massage, and rental of recreational equipment like bicycles and kayaks.

The verdict? A trip to Gili Trawangan in Indonesia will only set you back RM726.37 (S$282). The picturesque archipelago of three small islands was deemed to be the most affordable island destination in a list that includes spots from Thailand, Vietnam, Singapore, Malaysia and the Philippines.

Bali came in second with a total cost of RM837.40 while Koh Samui in Thailand took third place with RM892.68. The former, with its breathtaking strips of sand, has always been a perennial favourite among tourists who also like to take in the province's uniqueculture, heritage and island vibe. As for Koh Samui, its natural beauty and cultural charm make it an ideal place to rest and relax.

"This year's results show that despite their popularity, Indonesia and Thailand are still home to some of the most affordable island getaways in South-East Asia," says TripAdvisor spokesperson Jean Ow-Yeong.

And considering the fact that Gili Trawangan and Bali ranked fifth and second respectively in this year's Travellers' Choice Awards, visitors are definitely getting plenty of bang for their buck.

Other places that made it to the list are also regular fixtures in travel guidebooks. Although long overshadowed by its popular neighbour, Lombok has been hosting a steady flow of travellers who want to experience its epic surf and lush hiking trails. The island in Indonesia's West Nusa Tenggara province took fourth place at RM898.98.

At a total cost of RM1,013.25, Cebu in the Philippines rounded up the top five. Island-hopping in Cebu provides travellers with a chance to dive with whale sharks in clear waters.

Closer to home, Penang (#9) was named the most affordable Malaysian island getaway with an average cost of RM1,183.96. Incidentally, the Unesco World Heritage Site also boasts the cheapest room rates at RM395.98.

On the higher end of the spectrum, Palawan in the Philippines has the most expensive stay in a four-star hotel room, more than three times the price in Penang. It is, however, also home to the most affordable meals, drinks and massage for two, with a meal for two costing RM60.34, drinks at RM7.30 and massage for two at a spa for RM121.69.

Do note that TripAdvisor has averaged the cost of a dinner for two of a traditional or common two-course meal at three mid-range restaurants.

With the highest total cost, Sentosa also recorded the highest cost for meals, drinks, bicycle rental and massage for two. It should be noted, though, that the Singaporean island is home to a wide selection of world-class themed attractions suitable for the whole family.

In addition to that, Sentosa also provides free transportation within the island with the Sentosa Bus, Sentosa Express and Beach Trams.