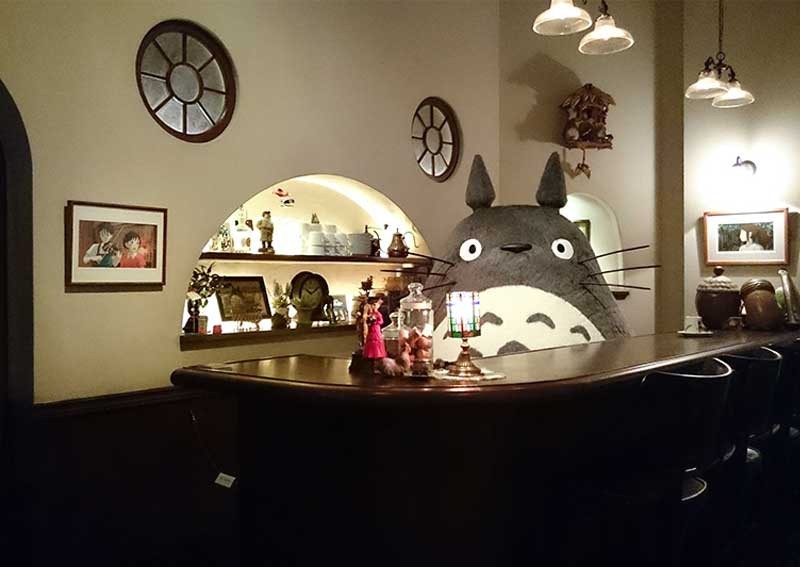 If you love classic Japanese animated movies like Spirited Away, My Neighbor Totoro and Princess Mononoke, you won't want to miss this latest attraction that just opened in Tokyo.

Fans can revel in a new exhibition by Studio Ghibli, featuring 30 years' worth of publicity and production materials from its iconic films, and more.

Under animation maestro Hayao Miyazaki, Ghibli became famous for its intricate hand-drawn animation and imaginative storylines. The Oscar-winning director and animator retired in 2013, and among his masterpieces, Spirited Away remains Japan's highest-grossing film.

The massive exhibition by the cult animation company opened to the public last Thursday (July 7) at the observation deck of the Roppongi Hills building.

The show, titled Ghibli Expo: From Nausicaä to Its Latest Film, The Red Turtle, includes publicity posters, flyers, original sketches and illustrations, as well as a huge amount of other previously unreleased materials, according to Nippon.com.

Ghibli producer, Toshio Suzuki, said the dense layout of advertising materials on display is purposefully created to resemble the haphazard manner in which the brain stores information.

Materials from the upcoming Ghibli animated film, The Red Turtle, will also be featured. The film is slated to open in Japan on September 17 and is Ghibli's first international co-production.

Also on display are 3D models and recreations of Ghibli offices, among 2,500 objects, reported Cartoonbrew.com.

One centrepiece of the exhibition is a roughly 6-metre long replica of the airship from Castle in the Sky.

According to Japanese culture site Rocketnews24, the airship, held up by ceiling cables, appears to be floating as it gently moves up and down in the centre of the room.

Another exhibit is a reproduction of the interior of Studio Ghibli where you can take a photo with a life-sized Totoro. The popular Ghibli character is barricaded behind a bar counter set-up, probably to guard against over-eager visitors wanting a selfie.

And it is not just a feast for the eyes.

The museum restaurant will serve an array of Studio Ghibli-themed food, among which is an all-black burger, from the buns down to the patty.

Fans will also have a chance to try poached egg on toast, which appeared in the film, Castle in the Sky.