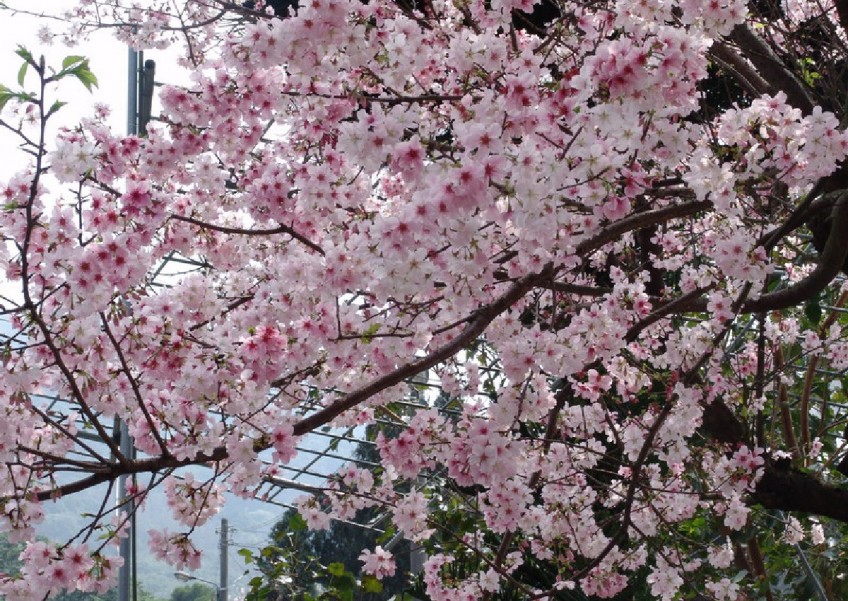 TAIPEI, Taiwan - Only 16,000 people per day will be permitted to visit Alishan during the cherry blossom viewing season on weekends between March 10 and April 10, according to the Directorate General of Highways (DGH).

To ease traffic and ensure the quality of the sightseeing experience for visitors, the government said group visitors must register beforehand and individual travelers have to take public transport to enter the site within the regulated time period.

DGH officials said that every year during flower viewing season at the Alishan National Forest Recreation Area there are severe traffic jams along Provincial Highway 18.

To mitigate the problem this year, the department has set traffic control plans and daily visitor limits on weekends from 6 a.m. to 11 p.m.

Chiayi County Forestry Department official Huang Hsiu-tuan said luxury hotel Alishan House is the most popular viewing spot among tourists. However, Huang said, the best view can be captured from the two sides of the Chusan Footpath.

Bus tickets on offer include routes to Alishan from Taipei, Taichung and Kaohsiung.

Passengers holding a ticket can enter the scenic area for a discounted rate of NT$150.

Among the 16,000 permitted visitors per day on weekends, 10,000 spots will be reserved for group visitors, 2,000 tickets for local hotel lodgers, 2,000 for individual travelers and 2,000 for visitors entering at times besides the controlled time slots, stated the DGH.

Amid heightened traffic congestion in the city, the Taipei City Government urged residents to avoid driving on roads near Zhongxiao Bridge over the Spring Festival, especially during the demolition of the bridge taking place from Feb. 7 to 14.

Commuters that usually cross the bridge to travel between Taipei and Sanchong are advised to take the Taipei Bridge and Zhongxing Bridge routes instead, stressed officials.