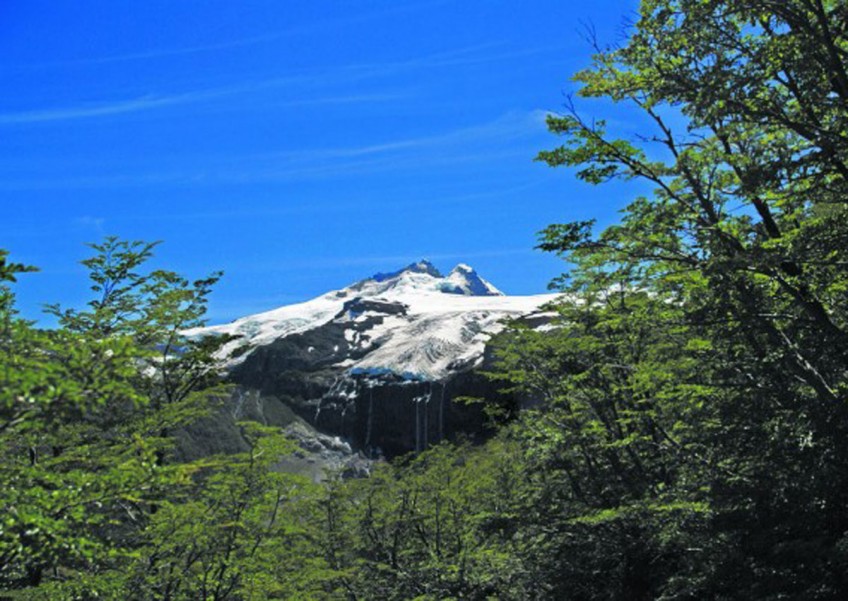 As the sun cast its first light onto Mount Tronador's snow-clad peaks, I savoured the serenity of my surroundings.

The panoramic view of the Patagonian Andes from Refugio Otto Meiling, a hut high up on the mountain, ranked among one of the most beautiful I had ever seen - surely a fitting reward for my challenging three-day trek up Tronador.

Located along the border between Argentina and Chile and inside two National Parks - Nahuel Huapi in Argentina and Vicente Perez Rosales in Chile - Mount Tronador is an extinct stratovolcano in the southern Andes rising 3,478m above sea level.

It was named Tronador (Spanish for Thunderer) by the locals because of the sound of falling blocks or columns of glacial ice emanating from it.

Tronador, the highest mountain in Nahuel Huapi National Park, has three peaks and seven glaciers, of which one peak and four glaciers are located within Argentina.

I had embarked on a three-day trek, which involved trekking up Mount Tronador and crossing the Alerce Glacier. The bus took us from San Carlos de Bariloche, a city in the province of Rio Negro, to the foot of Tronador - Pampa Linda, 77km away.

Here, we began our five-hour trek to Refugio Otto Meiling, a mountain shelter located on the slopes of Tronador between the Castaño Overo and Alerce glaciers.

The hut is named after the legendary German-born mountaineer who achieved many first ascents in Nahuel Huapi National Park and the surrounding area.

Using the construction and carpentry skills he acquired earlier as a labourer, Meiling built a number of huts or "refugios" in the mountains, including the one on Tronador.

We crossed the Castano Overo River and began our ascent, zigzagging through a Coihue forest, a tree species native to Andean parts of Argentina. Not long after, we reached a ridge where we had unobstructed views of the adjacent Glacier Castaño Overo and the mountain peaks.

We next crossed an expansive snowfield, and as I trudged along the ice, I kept asking myself: "Why am I putting myself through this?"

I got my answer when we arrived at the refugio. Located at 2,050m above sea level, the amazing view from Otto Meiling takes in Pampa Linda, the Paso de las Nubes Valley, Cerro Catedral (a mountain near Bariloche) and other peaks.

Like many trekkers, I spent the rest of the day watching cloud movements and the sun set, revelling in the simple pleasures of idling.

Day 2 entailed crossing the Alerce Glacier and walking to Refugio Agostino Roca, located 1,400m above sea level. Our group of four put on safety helmets while our trekking guide secured the harness and attached us to the safety rope. He explained that we should maintain some tension in the rope at all times so that if anyone were to fall into a crevasse, the rest could save him or her. I was the "weakest link" and assigned the second-in-line position behind the guide.

As we descended a steep slope, I moved so slowly that after covering three-quarters of the distance, my guide made me sit and slide down the slope, much to the amusement of my travel companions.

There was no distinct trail, just a lot of rocks and stones, and I was thankful that we had our guide to lead the way. It was a five-hour walk descending to El Paso de las Nubes (Cloudy Pass), where the refugio was located.

We were really tired but our spirits lifted immediately when we were rewarded with a view of numerous waterfalls cascading down the cliffs and a view of Lake Frías from afar.

We spent the rest of the afternoon watching Andean condors in soaring flight - indeed, this is where condors bring their young to practise flying. True to its name, Cloudy Pass was shrouded in clouds later in the evening after a drizzle.

On the final day of our trek, we made a steep descent to see the Frias Glacier, which has a surging waterfall and numerous smaller cascades. We then crossed a rocky area to reach the valley and continued our hike through the Valdivian, wet temperate rainforest along the Frias river.

Surrounded for days by majestic mountains and awesome glaciers, sometimes the little things grabbed our attention and thrilled us, like the flowers called Estrellita, which looked like wild orchids, hidden among the rocks and trees.

They were such a pretty sight. After a six-hour trek, we arrived at Port Frias to visit the picturesque Frías Lake with its turquoise water. We took a boat across to Port Alegre, finally bidding farewell to Mount Tronador.

A connecting bus took us to Port Blest, where we boarded a catamaran to cross Lake Nahuel Huapi to reach Port Panuelo at Llao Llao in Bariloche. I highly recommend this boat ride as it is a perfect way to experience the gorgeous scenery of Argentina's Lake District.

I wanted to get my fill of snow clad peaks, waterfalls, glaciers, rapid rivers and extensive forests, and my visit to Nahuel Huapi National Park, where Mount Tronador is, gave me a taste of nature at its best.

- I flew on Qatar Airways from Singapore to Buenos Aires, the capital of Argentina, with two stopovers at Doha and Sao Paulo. To get to Bariloche, you can either fly from Buenos Aires (approximately two hours) or take an overnight bus (approximately 20 hours). You can check www.plataforma10.com for the bus schedule.

- Club Andino Bariloche, a mountaineering organisation based in Bariloche, has information on all the possible treks, times, distances and refugios where you can stay, with satellite-based maps to guide you.

You can purchase the bus ticket to Pampa Linda at the Club. Alternatively, a trekking company such as Active Patagonia (www.activepatagonia.com.ar) can take you on guided hikes.

A one-day trekking trip to Mount Tronador costs approximately 600 pesos (about S$61) while the 3D2N Alerce Glacier Crossing trip costs between 1,290 pesos (approximately S$130 for a group of five) and 2,650 pesos (around S$269 for a lone traveller).

The cost of staying at the refugios is 200 pesos per night. Dinner costs 150 pesos while breakfast costs 100 pesos per person. You can save money by bringing or cooking your own food.

Bariloche offers other outdoor activities such as mountain biking, kayaking and fishing.