Welcome to the dark site - disaster sites popular with tourists 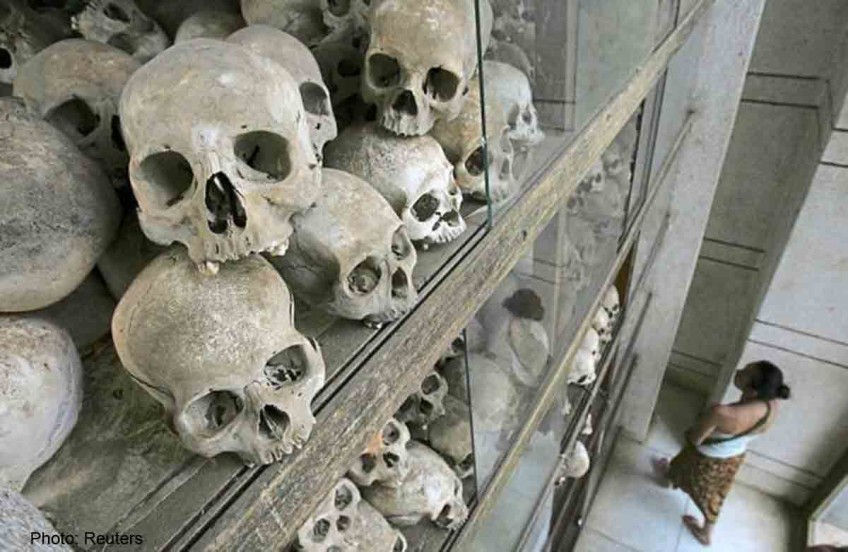 Then there are those who like the actual war sites where you can see shelling scars on walls, torture contraptions and graves of victims (mass graves even more).

Datuk Seri Shahidan Kassim caused a public furore last week when he suggested turning a human trafficking camp in the Perlis border town of Wang Kelian into a tourist site.

Many took offence with his comment to let tourists see "where it all happened" at the football-field sized "nice" camp with "everything intact; there is a surau, a mosque, an imam house, vegetable farm and many more".

Yes, his remarks appeared callous but the truth is that there are already many tourist sites linked to atrocities and tragedy in the world attracting thousands of tourists each year. We may even have visited some ourselves.

Dubbed as "dark tourism", this niche travel segment associated with death, disaster or the macabre is increasingly seeping into the mainstream.

As records show, one of the most famous dark tourism sites, former Nazi concentration camp Auschwitz in Poland, draws more than 1.43 million people a year. The underpass where the car crash that killed Princess Diana happened, attracts a big chunk of travellers to Paris every year.

Closer to home, we have the "killing fields" of Choeung Ek in Cambodia, where the Khmer Rouge committed genocide during the late 1970s. At the nearby Tuol Sleng Genocide Museum, the site of the infamous S-21 prison, visitors could walk through cells containing the chairs and beds used by over 20,000 prisoners who were tortured and killed by the Khmer Rouge regime.

Dark tourism has become such a big business that it is now a recognised academic area, with the University of Central Lancashire in the United Kingdom even launching an Institute for Dark Tourism Research (iDTR) in 2012.

It is the commercialisation of death, iDTR director Dr Philip Stone had noted at its launch, saying that dark tourism "attracts us to visit macabre sites and ultimately leading us to explore our own mortality".

"But dark tourism can also reveal tensions in cultural memory, interpretation and authenticity, and political and moral dilemmas in remembering our heritage that hurts."

Ultimately, however, turning the location of tragedy into a profit-making tourist attraction is not something that can be done without proper consideration, iDTR said.

The marketing of the place needs to be done ethically while any profit earned at the site should go back into the trust of the site for preservation, awareness-raising campaigns or other related causes.

Take for example Chernobyl in Ukraine, the site of the world's worst nuclear accident. Tourism profits were earmarked for the cleaning-up of the area's residual radioactivity. And when it was claimed that the takings were not channelled into its cleanup in 2011, the site was closed to the public.

Those thinking of venturing into dark tourism would also need to consider its impact on the local communities.

But what is clear, dark tourism will only grow, especially with the evolving social media culture in the world where everyone just wants to one-up their "friends".

Just think about it, even without Shahidan's proposal, how long will it take before someone gets the same idea of visiting the human trafficking camp, just for a selfie?

Some dark tourism sites in the world:

Said to be the original dark tourism site as tourists have been travelling to the Italian city for over 250 years to see the ruins left by the devastating lava of Mount Vesuvius which erupted in 79AD. The biggest attraction is the "frozen" bodies preserved in the ruins - Pompeians who could not escape in time crouching in the corners with their head in their hands or clinging to family members. Memorial parks are common but not like in Hiroshima, Japan, where the centrepiece is the skeletal ruins of the A-Bomb Dome - the closest building to the centre of the explosion of the nuclear bomb which killed some 140,000 people during World War II. The popularity of the prison island just off the coast of Cape Town, which used to hold political prisoners for over three centuries, was revived after the death of its most famous prisoner, former South African president Nelson Mandela in 2013. Mandela was imprisoned on Robben Island for 18 of the 27 years he served behind bars for his fight against apartheid. Since the 9/11 attacks in 2001 which killed up to 3,000 people, the site of the World Trade Centre in New York has attracted millions of visitors. The 9/11 Memorial Plaza and Museum were only opened in 2011. (The observation deck of the new WTC was opened to the public on May 29.) Reportedly the world's most famous maritime disaster since the sinking of the Titanic, cruise liner Costa Concordia captured holidaymakers' imagination as the wreck of the giant ship laid on its side in the shallow waters off the coast of Tuscany, Italy, after it capsized in 2012, killing 32 people. Tourists were able to sail near the wreck for €10 (RM42) each until last year when it was raised and refloated to the Port of Genoa to be dismantled. Visitors not only stroll through the sprawling maze of streets and alleys but also stop at the impoverished homes packed close together and meet the residents. One of the hardest hit districts in the Hurricane Katrina disaster which struck New Orleans in 2005, the Lower Ninth Ward attracts countless tourists, even as rebuilding efforts continued. Residents, however, have urged the authorities to stop the dark tours, which they say are invading their privacy. In 2013, a group of authors, scholars, academics and architects put forward a plan to turn Japan's crippled Fukushima nuclear plant into a tourist attraction.