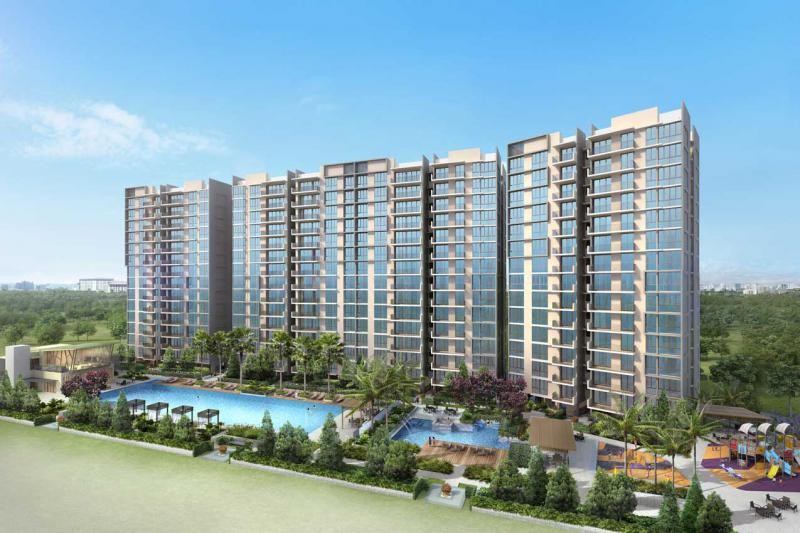 The Treasure Crest executive condominium has received 800 e-applications for its 504 available units, making the development about 60 per cent oversubscribed just six days after its launch, developer Sim Lian Group said.

A total of 3,000 people had visited the Treasure Crest sales gallery since e-applications started last week. Applications close on Sunday.

Balloting and booking for the 99-year leasehold development will take place on July 16.

Treasure Crest, which is in Sengkang New Town, comprises 84 three-bedroom units, 364 three-bedroom premium units and 56 four-bedders spread across eight blocks of 15 storeys each.

Units are priced between $735 and $755 psf on average, and a more detailed price schedule will be released next week, Sim Lian said.

So far, the three-bedroom premium units, which range in size from 1,076 sq ft to 1,249 sq ft, and the four-bedroom homes, which average 1,345 sq ft, have been the more popular options, Sim Lian said.

Nearly 48 per cent of the e-applicants are first-time buyers, while the rest are HDB upgraders.

Sim Lian executive director Kuik Sing Beng said: "We are heartened by the overwhelming response thus far. This affirms our observation that Singaporean families value the spacious layout of our efficiently designed units, along with its competitive pricing strategy and ideal location which provides great accessibility and close proximity to reputable schools."

Treasure Crest is scheduled to receive its temporary occupation permit by 2019. The project is within walking distance of Sengkang MRT station and bus interchange.

This article was first published on Jul 08, 2016.
Get a copy of The Straits Times or go to straitstimes.com for more stories.