True optical zoom cameras are coming to the smartphone 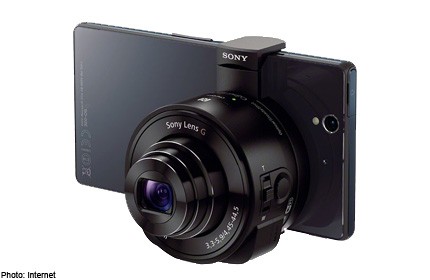 By now, our smartphones have become our primary cameras. Their rise and ability to share photos instantly has made photography accessible to everyone.

Many of us are already ditching digital point and shoot cameras and DSLRS for the convenience of our smartphones as they continue to improve each year.

It's much noticeable recently with the release of flagship phones such as HTC and Nokia, both introducing innovations that allow our phones to take even better photos than the usual camera phones out there.

The HTC One has its the highly sensitive ultra-pixel sensor which makes taking photos in low light conditions possible, whereas the Nokia Lumia 1020 packs in a whopping 41 megapixel camera that gives users the ability to capture highly detailed shots and then crop-to-zoom your subjects later.

One of the things that smartphones still fall behind against a standard digital camera is optical zoom (which probably explains why standalone cameras are still around).

Some of us have probably pictured a future smartphone with optical zoom capabilities and interchangeable lenses. For now, we are only limited with digital zoom, which is entirely software-based and almost always result in poor image quality.

Fitting a wide-aperture lens is as far as smartphone manufacturers can go when it comes to lens improvements on smartphones as they are still trying to figure out how to cram in zoom lens functionality in a slim and pocketable form factor.

Samsung has already experimented this with its Galaxy S4 Zoom, but the protruding lens add bulk to the device, thus compromising on portability and that sexy slim design we are all accustomed with.

Meanwhile, Sony has come up with its own solution to this limitation.

Over the past week, promotional photos and manuals of what seems to be a camera lens attachment for smartphones has been leaked online.

It was revealed that the lens system, which is crafted by Sony, is a fully functioning standalone camera designed to attach magnetically to an iPhone or Android phone.

The accessory communicates with the smartphone by connecting to an app via Bluetooth.

The system comes in two options. One is a high end 20.2-megapixel sensor and a f/1.8 Carl Zeiss lens with 3.6 x zoom and a ring control, similar to that of the remarkable Sony RX100 II point and shoot camera. This model is dubbed the DSC-QX100.

There's also a smaller lower-end model, the DSC-QX10 which includes an 18-megapixel CMOS sensor and an f3.5-3.9 lens.

While the idea isn't really having a permanent zoom lens system crammed into a smartphone like the dreadful Galaxy S4 Zoom, the fact that they are accessories that you mount on your device only when you need them is actually quite intriguing.

Technically, the system is an entire camera (with Bluetooth) built into a lens housing, and that's quite an impressive technological breakthrough in Sony's part.

Sony has never failed to impress in its camera division in recent years; its NEX cameras has helped brought mirrorless camera systems to the mainstream, and its RX100 II is a beast of a point and shoot digital camera that can produce image quality that rivals a DSLR.

The company has also been able to cram a full-frame sensor into its point and shoot RX1.

No doubt Sony will continue to wow us once it unveils the QX100 and the QX10 next month.

The technology looks promising, and it will certainly appeal to a wide audience who crave optical zooms in their smartphones.