Trump's numbers do not add up 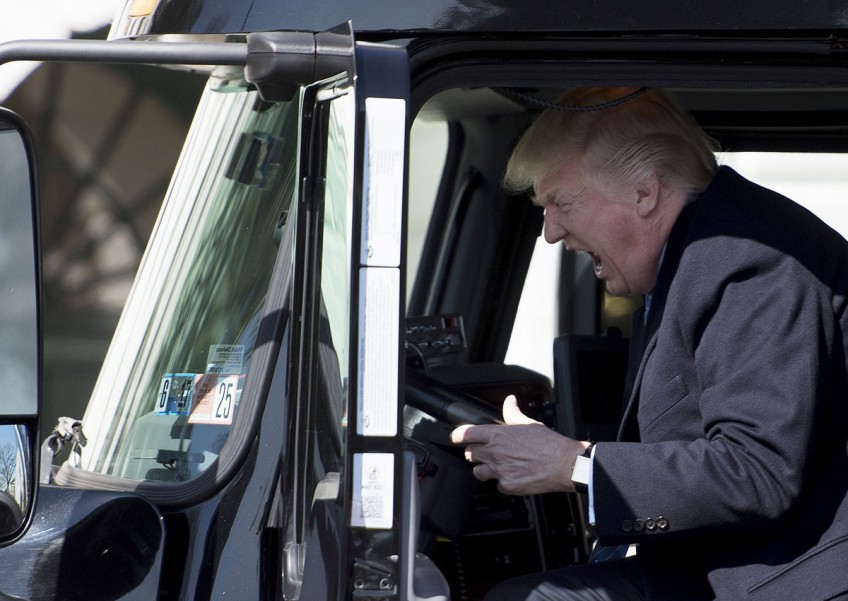 Donald Trump's crazy Turkish dance of a saga continues. He has not just got his steps wrong, his numbers too are flying in the face of his pet theories and projects.

The first rap on his knuckles comes from this: Out of 553 job positions attached to the presidency, 503 have yet to be filled in.

The Oval Office, to which much of the world keeps its antenna high, is working very short-handed!

With so much to do in this trend-setting period (or is it?), it is baffling to his Republican constituency, to say the least.

More than two months have elapsed since the 45th president of the United States had been inaugurated into office - that many unfilled spaces could mean one of these three things: First, many of the potential contenders to Donald's bandwagon may have either pulled back or adopted a go-slow approach.

This is not entirely inexplicable given controversies surrounding the president's handling of some key appointments. He is yet to live down the fallout.

Secondly, the Congressional hearings on the nominees may have been too probing for comfort for many of them.

Thirdly, of course, Donald is being choosy just now to find someone without 'conflict of interest'.

That is a number game he would hopefully play out with reasonable success down the line.

But what about his fantastic obsession centering around building a massive wall along the Mexican border?

The tender documents for the project have been released by the US government.

All that is fine and dandy - the dramatics, I mean; but one cannot help point out a big hole in the calculations.

With 40 per cent of the so-called illegal Mexicans taking the aerial route to reach America, i.e. flying into the country, could the US authority contemplate the absurdity of raising a sky-high wall to deter them?

So, it is one of Trump's inherently faulty resolutions.

The US president has nullified the environmental restrictions that were applicable to the coal industry.

Thus, he has created 2.48 million jobs for Americans, mortgaging the future well-being of many more people including that of the employed ones. Experts point to a likely adverse impact on rivers.

What he said about Germany owing money to the US has been refuted by the Germans.

One need not be a Merkelite to see through a reactive veneer of a diplomatic etiquette 'as shallow as an eye-bath'.

That said, one is taken aback by his ingenious method of coming up with a newer ban for what sounds like an over-perceived aviation safety threat.

The latest on the list of bans is one on carry-on electronic devices, laptop for one, on flights originating in or going to Middle East or North Africa.

This has sparked off a huge debate. Some consider the ban as having been deliberately contrived to create a disconnect with reality.

Where fake or fabricated news is being dished out by people in authority - and it is claimed to be 'better than lies' in the pecking order of misinformation or disinformation campaigns - why should a modern gadget of the business world be prohibited in-flight?

Develop fail-safe metal detectors with as sensitive a chip as you can implant, but don't ban a useful tool on flights.

There is a weighty piece of news to break.

Read Also: US bans laptops, tablets on flights from Turkey and Arab world

The anti-ISIS coalition, consisting of 68 members, met in Washington for the first time since 2014.

They are working on the perception that ISIS is "on the cusp of dying", having been driven out of Mosul, one of their last strongholds.

Now the final showdown is set to take place in Rakka.

The challenge will be not so much about defeating ISIS but avoiding a humanitarian disaster staring in the face.

For his part, Donald Trump is trying to bring command gradually and slowly.

But he cannot let his support base be disillusioned for long through indecision.

His approval rate is at its lowest since taking over power - 37 per cent - and he better keep that in mind as he goes forward.