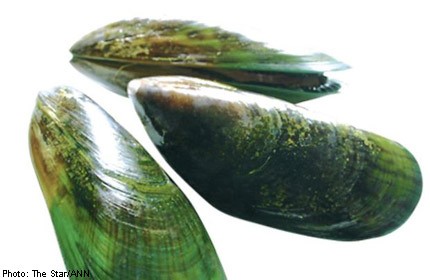 Joints form the connections between bones. They provide support and assist movements such as walking, running, and even picking your nose.

Any damage to the joints from disease or injury can interfere with your daily life, and cause a lot of pain.

As we age, illnesses such as arthritis can affect joint movement and mobility.

Arthritis is the inflammation of one or more joints, and can manifest in many different forms. Most of them cause pain, stiffness and swelling of the joints.

Osteoarthritis and rheumatoid arthritis are among the most common forms of arthritis.

Symptoms can range from mild discomfort every time you move, to pain so severe, that joint movement and mobility are compromised.

Because arthritis usually causes pain in areas around the hips and knees, a person's ability to perform even the most basic of movements, such as standing and walking, can be challenged.

Arthritis mainly affects people in the age group of 50-66, though it is seen in every age group. It is found in men, women and children.

But it is not all gloom and doom if you have arthritis. Although there is no cure for osteoarthritis or rheumatoid arthritis, there are standard treatments, and now, emerging studies have shown that extracts from the green-lipped mussel could be a safe and effective solution for joint problems.

It has been found that these mussels contain a natural joint-ageing enzyme inhibitor, which can help relieve symptoms of osteoarthritis and rheumatoid arthritis.

Some experts claim that they can also be taken to prevent or slow down the joint deterioration process that occurs naturally with age.

Marine scientist and author John Croft claims to have experienced first-hand, the therapeutic effects of the green-lipped mussel.

Croft himself developed arthritis in his fingers and right shoulder some 10 years ago, The pain eventually became so bad, that it stopped the 81-year-old from indulging in his favourite hobby - playing the guitar.

This upset the New Zealand-based scientist, who thought he would never be able to make music again, until he discovered the clammy concoction that would reverse his fate.

At a press event in Kuala Lumpur, Croft - who is now regarded as one of the world's leading experts on the life-cycle, farming methods and therapeutic uses of the green-lipped mussel - explains that these mussels, which are native to New Zealand waters, was discovered to possess anti-ageing and anti-inflammatory properties that can help alleviate joint pain.

Traditionally, these green-lipped mussels have been consumed by the Maori people for thousands of years. The health benefits of these shellfish came to the attention of the Western scientific community in the 1960s, because of the notable absence of inflammatory illness among the Maori people.

Combined, these nutrients can provide protection, repair and relief to inflamed and worn-out joints that have been ravaged by arthritis.

Croft says that the properties found in these mussels help to address problems such as pain, stiffness and swelling, by delaying the degenerative processes that occur in joints with age, and by inhibiting further damage.

While mussels make a tasty treat for seafood lovers, it can be difficult for folks outside of New Zealand to have access to fresh green-lipped mussels. Natural supplements are a viable alternative that are becoming an increasingly common source of pain relief for arthritic patients.

The nourishing properties found in these green-lipped mussels can make a world of difference for those who are suffering from joint pain resulting from illnesses such as osteoarthritis and rheumatoid arthritis, says Croft.

"Some were simply relief from pain, others regained the ability to hold a pen, or just to open a jar.

"No matter how big or small, all these wonderful life-changing events are meaningful for the person concerned," the scientist opines.

However, it has been found that the therapeutic effects of green-lipped mussel extract take place very slowly. Most patients will see an improvement in their condition only after three months, Croft shares.

He adds that the extract has been reported to have a positive and lasting effect on most patients.