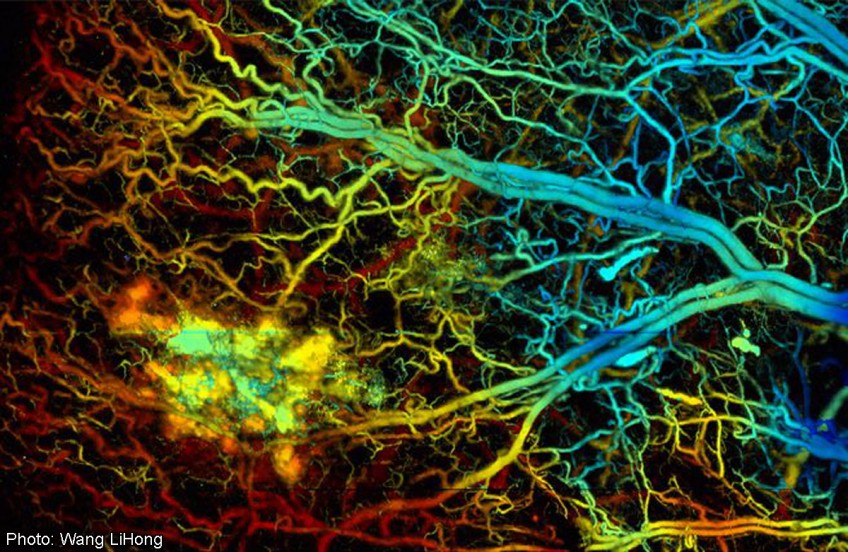 Experiments conducted at an underground laboratory at Vanderbilt University could prove vital in the fight against cancer. Alex Walsh, a biomedical researcher, is using a laser to make what she calls organoids glow.

"Organoids are small pieces of a patients' tumour that are about 100 to 300 microns in diameter and they grow as kind of sphere like shapes." said Walsh, who recently successfully defended her dissertation on the topic of organoids.

A tiny sample is placed in dish filled with a collagen gel which feeds the tiny tumour, allowing the different cell types that comprise it to thrive as they would inside the human body. The organoid is then dosed with a cocktail of cancer drugs and placed under a microscope at which point it is blasted with a laser. The laser is tuned to the frequencies that cause two enzymes in the cells to glow or fluoresce. Measuring the variations in the intensity of the resulting fluorescence provides a readout of cellular metabolism which, Walsh says, is an accurate and speedy biomarker of drug response.

"We're using these readouts of cellular metabolism to predict the drug response that the sample came from," added Walsh.

The tumour-on-a-dish method has proven successful in mice and Melissa Skala, an assistant professor of biomedical engineering at Vanderbilt University, says the team are now trailing it on tumours from breast cancer patients. She says everyone's cancer is unique, which is why customizing treatment options is essential.

"So the idea here is to eliminate those drugs that don't work and if needed replace them with drugs that do work so we are hoping to have the smallest common denominator of drugs that achieve the lowest toxicity yet achieve treatment efficacy," said Skala adding that the method could prove a game changer for cancer patients.

Breast cancer is the second leading cause of cancer deaths in woman in the United States. according to the American Cancer Society.

Skala says that having the ability to customise a drug protocol for patients before they start chemo may significantly improve the odds for a successful treatment.

"Thirty to forty per cent of patience that receive those therapies as their first line therapy don't respond to those drugs ever. And so they suffer toxicity from treatment that ultimately isn't going to benefit them," she said.

"I think we can add to what's already been done and hopefully just improve the experience of the patient so that they recover faster," she added.

Along with breast cancer, Skala and her team have also started testing the organoids derived from pancreatic cancer patients. If further trials prove successful, Skala estimates it will take 5 to 10 years to move tumour-on-dishes out of the lab and into the clinic.