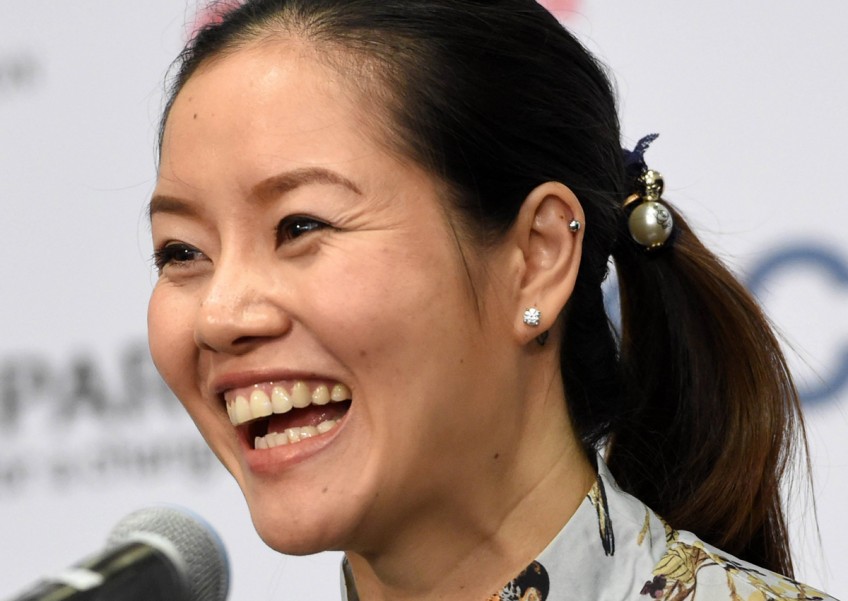 Like Li Na, Romania's world No. 2 Simona Halep has to deal with the pressure of being a torchbearer for a country not known for producing top tennis stars.

China's two-time Grand Slam champion, the most decorated Asian tennis player who hung up her racket last year and is now a WTA Ambassador, says the glare of the spotlight at the top of women's tennis is par for the course, and players who handle it better taste more success.

Li Na, who is in town for the BNP Paribas WTA Finals Singapore presented by SC Global, sat down for a chat with the media yesterday, and was asked about the constant fanfare and expectations surrounding top players.

"Maybe everyone is different, but I liked the pressure... I felt it pushed me forward," said the 33-year-old.

"This (pressure) is part of tennis life, especially right now, with social media.

The Wuhan native, who reached a career-high world No. 2 in February last year, has been particularly impressed by Garbine Muguruza's exploits over the past 10 months.

The 22-year-old Spaniard, who yesterday celebrated a new career-high of world No. 3, reached her first Grand Slam final at Wimbledon this year - where she lost to Serena Williams - and two other finals at the Wuhan Open and China Open, beating Switzerland's Timea Bacsinszky to win the latter.

Since becoming a WTA Ambassador, Li Na has been strongly involved with the WTA's Future Stars competition.

It was created for young girls across the Asia-Pacific region, with a vision to promote high-level athlete development, health, fitness and empowerment of women through tennis.

China's Chu Jiayu won the Under-14 category, while the Inspiration Award went to India's Mahak Jain.

The Under-16 category was claimed by India's Pranjala Yadlapalli, with the Inspiration Award going to Monique Burton from Australia