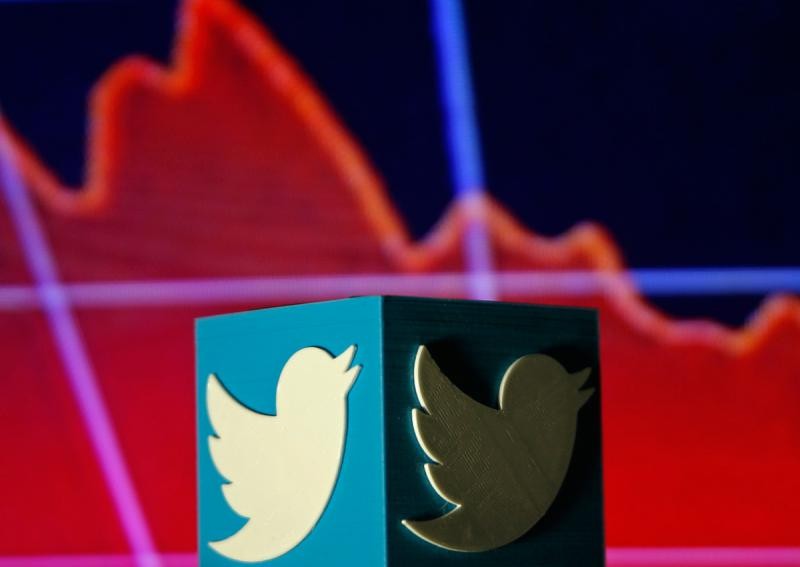 Twitter shares plunged 13.6 per cent to $15.34 (S$20.73) in late trade on Tuesday after reporting lower-than-expected revenue, hurt by weaker than expected spending by big advertisers, and providing a current-quarter revenue forecast well below analysts'expectations.

Twitter's user base grew modestly to 310 million monthly active users in the quarter ended March 31 from 305 million in the fourth quarter, above analysts' expectations. But investors were let down by the revenue miss since outlining a turnaround plan.

"It's obvious Twitter is having trouble," said Arvind Bhatia, analyst with CRT Capital. "It's not growing anywhere close to where people expected a while back."

On a call with analysts, executives said advertisers, especially in Europe, held back spending ahead of major events, including the Olympics and the European Champions League.

They also said users were spending more time watching and sharing video, but that advertisers' budgets had not yet shifted from legacy advertising products such as promoted tweets.

Chief Financial Officer Anthony Noto said Twitter's long-term goal was to have "millions of advertisers like our competitors." Facebook Inc has more than 3 million advertisers.

Twitter has struggled with stagnant user growth as its complex interface makes it less attractive to new users.

As part of its turnaround plan, the company has emphasised its live offerings, including live commentary and video streaming through its Periscope app, to attract new users. But it faces fierce competition from Facebook Inc, which has recently ramped up its live video product, Facebook Live.

Chief Executive Jack Dorsey said that talent recruitment was a top priority for the year, especially on the engineering and product teams. Twitter lost several top executives earlier this year and has since added two new board members and a new chief marketing officer.

The company forecast revenue of $590 million to $610 million for the second quarter. Analysts on average were expecting $677.57 million, according to Thomson Reuters I/B/E/S.

First-quarter revenue rose 36 per cent from a year earlier to $594.5 million, but widely missed the average analyst estimate of $607.8 million.