HONG KONG, CHINA - Media OutReach - March 16, 2017 - The final countdown is on to submit nominations for the Yidan Prize , the world's largest international award in education. 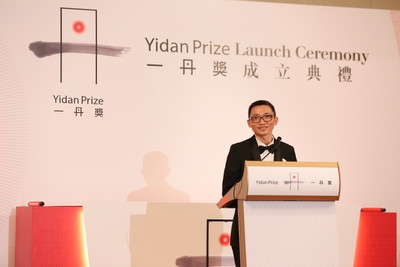 The Yidan Prize is a new international award for innovators in education research and education development. Created by Tencent Core Founder Charles Chen Yidan in 2016, the Yidan Prize recognizes individuals whose work transforms education in an innovative way.

Each winner of the Yidan Prize will receive HK$30 million (about USD$3.8 million), split into a cash award of HK$15 million and an investment of HK$15 million to fund a specific study or project created by the winner.

To select the winners, independent judging panels will screen valid nominations and select a candidate for each prize category.

"The Yidan Prize is about putting the spotlight on the best the world has to offer so that ground-breaking work being done by individuals will be put to use to the benefit of many. We're seeking ideas that are innovative, sustainable, transformative and that look to the future," said Charles Chen Yidan.

"There is still time left to nominate bold and bright candidates, but the window is quickly closing on what we expect will prove to be an extended group of worthy candidates," the Yidan Prize Foundation said.

The nomination period for the Yidan Prize closes on March 31, 2017. Two prize winners will be announced in September, 2017, followed by a ceremony and the Yidan Prize Summit in December, 2017. Those events will take place in Hong Kong.

Since the nomination process opened in September, 2016, Mr. Chen and the team has been on tour in Europe, Asia and North America seeking input from educators and sharing his vision for the prize.

Nominations can be made by individuals or institutions -- including schools, international organizations and private companies -- from anywhere in the world. Self-nomination is allowed in exceptional cases.

To submit a nomination:   www.nomination.yidanprize.org/

Mr. Chen co-founded Tencent in 1998 and remains Advisor Emeritus at the company. In 2007, he launched the Chinese Internet industry's first charity foundation with his partners -- the Tencent Charity Foundation -- of which he remains honorary chairman. Since 2009, Mr. Chen invested in Wuhan College, and established the first private non-profit university in Central China.

Mr. Chen has a bachelor's degree in Applied Chemistry from Shenzhen University and a master's degree in Economic Law from Nanjing University. He served as visiting scholar at Stanford Law School in 2014.

For more details and to make nominations for the Yidan Prize please visit: www.yidanprize.org/en/