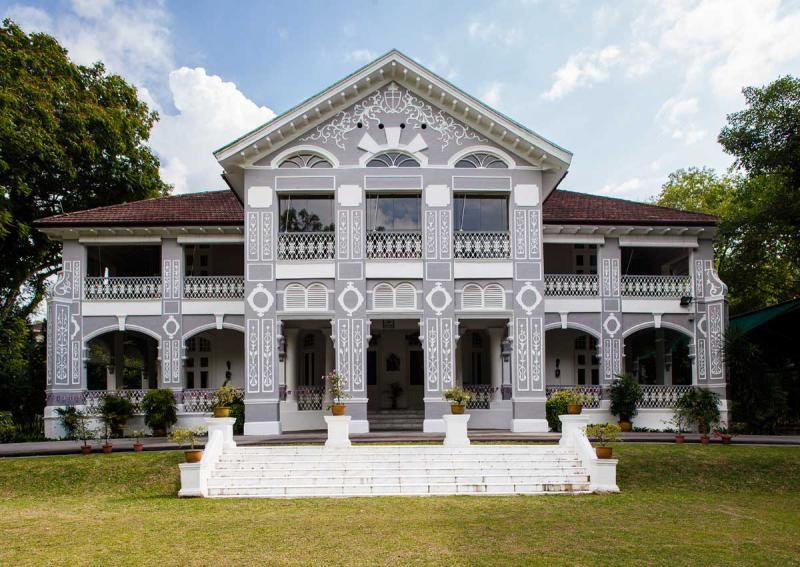 The British government is expected to relaunch two freehold Nassim Road Good Class Bungalow (GCB) plots carved out from part of the garden land at the British High Commissioner's residence, Eden Hall. This comes after bids during the initial tender that closed in January - when sentiment slumped during the stock market rout - did not meet the guide price.

BT understands that the guide price has also been revised downwards by around 20 per cent.

Expectations in the market are for a lower guide price this time around, at around S$1,650 psf to S$1,700 psf.

When contacted, Sammi Lim, director of investment properties at CBRE, the sole marketing agent appointed by the British government for the two land parcels, confirmed that a fresh tender for the two plots would be launched later this month and is likely to close in early August.

The previous tender closed on Jan 12, when sentiment in the property market was weak due to the global stockmarket rout and concerns about China's economic slowdown.

Market watchers said that with the recent improvement in property market sentiment, it made sense for the British government to put the property on the market again.

Ms Lim said: "Some bidders were keen on just one plot while others were interested in both as they wanted greater flexibility to reconfigure the site to suit their requirements."

Approval to carve out the two sites from part of the Eden Hall gardens has been received and the land titles for the two subdivided plots were issued in January, shortly after the tender closed. However, now the British government may consider requests by potential buyers to re-amalgamate the sites under a single title.

The resulting larger site area of 34,254 sq ft could accommodate a large bungalow with a smaller wing - with a total gross floor area about 18,000 sq ft spread across two storeys in addition to some basement and attic space. The property could include six bedrooms, two dining areas, two living areas, a lap pool and an alfresco terrace area. That would still leave room for a sprawling garden and a lounge; the basement could pack in a home theatre and space for some 10 to 15 car parking lots.

Newsman Realty managing director KH Tan, a seasoned GCB agent, estimates that whether one buys the front plot or the rear plot or both and combines them, the development cost (including land, construction and fit-out but not factoring in the interior design) would exceed S$2,000 psf on land area.

"The price for regular-shaped bungalow land on Nassim Road should be at least S$2,300-2,500 psf on land area. But these two sites have irregular shapes, hence their pricing is lower," he said.

Eden Hall, a conservation bungalow, remains the official residence of the British High Commissioner to Singapore.

GCBs are the most prestigious form of landed housing in Singapore with stringent planning requirements laid out by the Urban Redevelopment Authority, which has designated 39 GCB Areas in Singapore.

Nassim Road is considered Singapore's top GCB Area because of the scarcity of properties available for sale there.

"Nassim Road has three very strong locational attributes: It is near the Singapore Botanic Gardens and the Orchard Road shopping belt in addition to being Singapore's 'Embassy Row'," said Mr Tan.

On Nassim Road alone, there have not been any caveats lodged for GCB purchases since the S$2,000 psf that former Sincere Watch chairman Tay Liam Wee paid in early 2012 for a 23,922 sq ft vacant plot that he bought from motoring tycoon Peter Kwee in a S$47.84 million purchase.

That land parcel was one of three that were carved out from a site of over 100,000 sq ft that was also once part of the Eden Hall land and which the British government sold in 2001 to Mr Kwee and "popiah king" Sam Goi for S$50.4 million or S$462 psf, on a net land area of 109,059 sq ft after setting aside land for drainage and roads.

This article was first published on June 13, 2016.
Get The Business Times for more stories.