United's Shaw out for at least 6 months, says Van Gaal 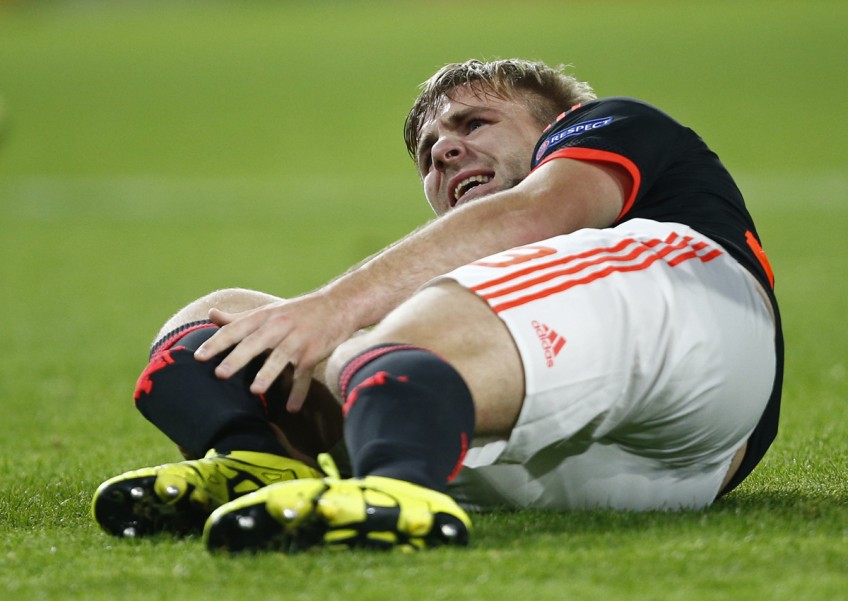 Left back Shaw, 20, suffered the injury in United's Champions League loss to PSV Eindhoven on Sept. 15 and was flown home four days later after two operations.

The England international was carried off on a stretcher after he broke his tibia and fibula following a challenge by PSV defender Hector Moreno in the 15th minute of the match.

"He will be out at least six months. You can't predict the development of the rehabilitation," Van Gaal was quoted as saying by the BBC.

"There's always more - and then he has to get fit."

Shaw, who will use electro muscle stimulation to retain strength in his leg, will hope there is enough time for him to take part in England's Euro 2016 campaign, starting in June.

"It is not easy and Luke knows he has a long way to go but the most important thing is he is mentally very strong," added Van Gaal.

United's Dutch manager told MUTV: "I spoke to him (Shaw) last night. He was very positive. It's amazing for me. There are very good signals. We have already started the rehabilitation.

"He shall be visited at home for the first electro muscle stimulants, so I think it's very good."