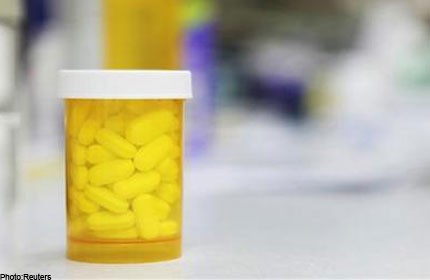 US health regulators on Friday approved AbbVie's all-oral treatment for hepatitis C, and the company said the drug would cost US$83,319 (S$109,673)for a typical 12-week plan, a bit below its huge selling competitor Solvadi from Gilead Sciences.

Gilead's Sovaldi treatment stole headlines last year with its US$84,000 price tag and set off a national debate about whether drug prices have climbed too high.

AbbVie's newly approved regimen is also less costly than Gilead's newest one-pill regimen that combines Sovaldi with another drug and costs US$94,500 for 12 weeks.

With Gilead's newly improved Harvoni, some patients can take the treatment for just eight weeks, which sells for about US$63,000.

Some insurers and analysts had said that AbbVie might price its drug, which will be sold under the brand name Viekira Pak, lower than Gilead because of pricing pressure.

Gilead has come under intense pressure from US health insurers, politicians and pharmacy benefit managers over the high cost of Sovaldi and more recently, Harvoni. It argues the price is justified because the treatment cures nearly all patients of the liver-destroying virus.

An AbbVie spokeswoman said the company considered many factors in setting the price such as the cost effectiveness of the treatment and its value in offsetting other short and long term costs.

The AbbVie regimen consists of four different anti-viral drugs to be taken as three pills in the morning and one in the evening. The US Food and Drug Administration approved the regimen for patients with genotype 1 form of the virus, the most common type of hepatitis C and the most difficult to treat.

It was not immediately clear how the AbbVie pricing would impact Harvoni sales, which is widely expected to dominate the market given its advantage of fewer pills.

Gilead's Sovaldi, which was approved a year ago, had been selling at the rate of about US$3 billion per quarter due to huge pent up demand.

The AbbVie regimen has demonstrated similar efficacy to Gilead's, with cure rates of 95 to 100 percent, the company said, and minimal negative side effects. AbbVie said that 95 percent of patients will require a 12 week treatment.