US purchases pay off for Ascott Reit 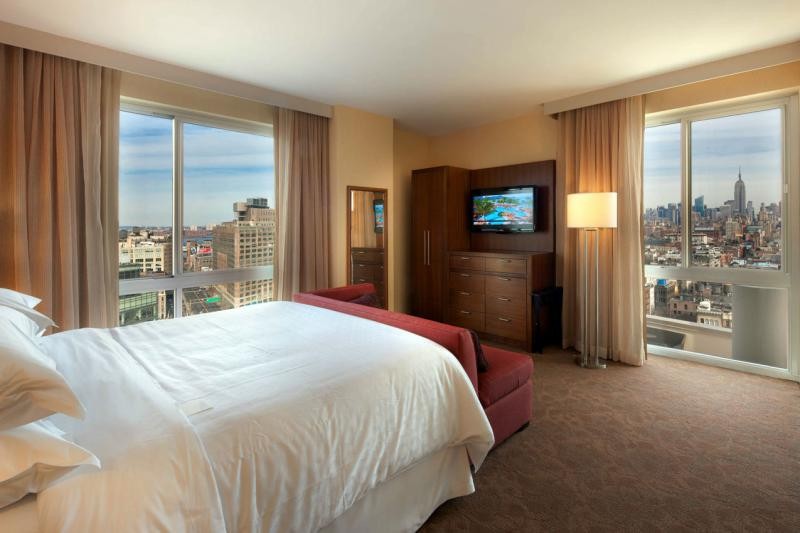 Acquisitions made in the United States over the past two years gave earnings a shot in the arm at Ascott Residence Trust (Ascott Reit) in the second quarter.

The trust posted a 9 per cent rise in distributable income to $35.0 million for the three months to June 30 while distribution per unit rose 2 per cent to 2.13 cents. Revenue rose 21 per cent to $119.4 million while revenue per available unit went up 10 per cent to $142.

Mr Lim Jit Poh, chairman of the Reit manager, attributed the double-digit revenue growth to its $609 million in acquisitions last year, including the recent purchase of Sheraton Tribeca New York Hotel for $218 million.

Japan was its the top performing market in the second quarter, with revenue per available unit climbing 9 per cent due to more bookings from leisure travellers.

Spain recorded a 4 per cent lift, thanks to higher demand at Citadines Ramblas Barcelona.

However, revenue per available unit plunged 8 per cent in China due to weaker demand from project groups in the regional cities and was down the same in Singapore on the back of a softer corporate market. There was a decline of 5 per cent in Britain, caused mainly by renovations at Citadines Barbican.

Net asset value was $1.32 at June 30, down from $1.41 at Dec 31. The fall was mainly due to the distribution paid to unitholders previously, translation differences and an equity placement in March.

Mr Ronald Tay, chief executive of the Reit manager, said that while businesses may cut back corporate travel as they evaluate their options in the light of Brexit, "we expect an increase in leisure travellers if the pound continues to remain affordable". He added: "Our properties in the UK are in London and these assets form only 10.2 per cent of Ascott Reit's total gross profit for the first half of 2016."

Weighted average debt to maturity was lowered from 5.1 years to 4.9 years over the same period.

"The slow-paced global economic recovery, coupled with the uncertainties associated with the formalisation of Brexit and security concerns, is likely to weigh on the global growth outlook," the Reit manager noted in a presentation.

Still, the performance of its European properties "is expected to remain stable as the properties in France are primarily underpinned by master leases and (those) in Belgium and Spain are underpinned by management contracts with minimum guaranteed income".

Ascott Reit, given its diversified portfolio and extended-stay business model, should continue to deliver stable income and returns to unitholders, it said.

Ascott Reit units closed up a cent to $1.145 yesterday.

DISTRIBUTION TO UNITHOLDERS: $35 million (+8 per cent)

This article was first published on July 21, 2016.
Get a copy of The Straits Times or go to straitstimes.com for more stories.