US spies not wanted at infamous hacker meet 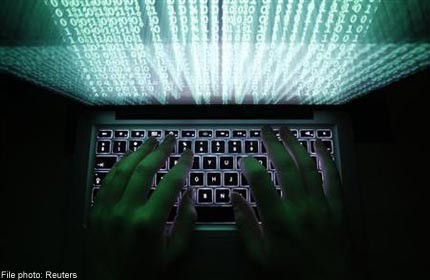 SAN FRANCISCO - Revelations about a US Internet surveillance programme have chilled the relationship between federal authorities and an infamous Def Con hacker gathering.

Federal investigators, referred to as "feds,", are being asked not to attend the annual Def Con conference set to take place in Las Vegas the first week of August.

"Our community operates in the spirit of openness, verified trust, and mutual respect," Def Con founder Jeff Moss, known by the hacker name Dark Tangent, said in a message displayed Thursday at the event's website.

"When it comes to sharing and socialising with feds, recent revelations have made many in the community uncomfortable about this relationship," he continued.

"Therefore, I think it would be best for everyone involved if the feds call a 'time-out' and not attend Def Con this year."

Started 20 years ago, Def Con has grown into a massive event where hackers exchange ideas with peers and test their skills with games such as cyber warfare versions of "Capture the Flag."

The wall between "feds" and hackers had been crumbling at Def Con, which in recent years has been a forum for alliances between government crime fighters and civilians considered digital-age "ninjas."

Moss is now chief of security at US-based Internet Corporation for Assigned Names and Numbers, the agency in charge of website addresses.

Security firms started by longtime Def Con hackers or which have hired them for key positions have become significant players in the computer industry.

A "Spot the Fed" game that began in early Def Con days as a way to ferret out undercover cops transformed into a playful way to break the ice between hackers and police who attend to sharpen crime fighting skills and recruit talent.

It appeared the game could once again turn serious at Def Con, which kicks off on August First.

US officials slated to take part in panels or presentations at the event remain on the guest list, but Moss asked that "feds" scrap any plans to mingle as attendees.

"This will give everybody time to think about how we got here, and what comes next," Moss said.

The price of entry to Def Con this year will be $180, cash only and paid upon arrival.