Use of Ukrainian airspace: SIA replies 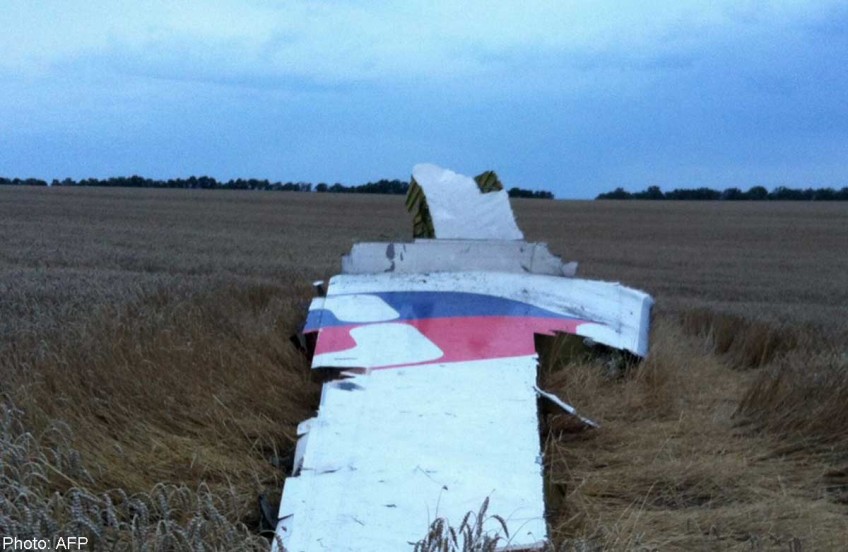 A picture taken on July 17, 2014 shows wreckages of the malaysian airliner carrying 295 people from Amsterdam to Kuala Lumpur after it crashed, in rebel-held east Ukraine.

I refer to yesterday's letters ("SIA must explain use of 'danger' route" by Mr Su Guaning and "Re-examine flight paths" by Mr Ong Tiong Meng).

Singapore Airlines is deeply saddened by what happened to Flight MH17. Our thoughts are with the passengers and crew, and their families. We share the outrage of the public and the entire aviation industry.

Decisions on the use of airspace are made based on numerous factors, such as weather, safety and security conditions, advisories from international and regional bodies, and any restrictions that may be imposed by the national authorities responsible for the safety of the airspace.

In the case of Ukraine, the particular airspace that MH17 used was cleared by the national authority managing it.

Due to the geographical position of Singapore, we were also a user of this airspace for some of our flights to and from Europe.

It should be noted that there were other parts of Ukrainian airspace that were closed to commercial flights, and we and other airlines had been avoiding these areas for many months.

Following the terrible events of July 17, we immediately re-routed all flights to avoid Ukrainian airspace altogether.

There are several other parts of the world that we proactively avoid flying through, even though they are available for use. This has long been our practice, and is the result of our continual assessment of advisories from the national authorities and aviation bodies.

The director-general of the International Air Transport Association, Mr Tony Tyler, has summed it up particularly well. As he said: "Airlines depend on governments and air traffic control authorities to advise which airspace is available for flight, and they plan within those limits. It is very similar to driving a car. If the road is open, you assume that it is safe. If it's closed, you find an alternative route."

That said, what happened to MH17 should clearly never have occurred. Together with the industry, we are actively reviewing our processes and practices to ensure the continued safe operation of our flights.