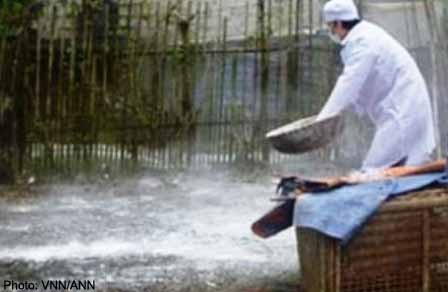 This virus strain can reportedly be transmitted to humans and cause deaths.

The online newspaper Vnexpress today said the concerned agencies detected the outbreak in mid-March in the household of Le Dang Nhat in Hai Linh Commune, Tinh Gia District, where 293 of his poultry, including 190 ducks and 103 chickens, were found to be infected.

Samples of the infected birds came back positive in tests conducted by the Veterinary Agency for Region III.

The newspaper quoted concerned agencies as saying it was the first time this virus strain had been discovered in the province.

They also said the provincial poultry had not been vaccinated against diseases yet, even though the prolonged rain in the area was conducive to helping the transmission of disease over a wide area.

On Wednesday, the Thanh Hoa Province People's Committee reported that the provincial head had sent an urgent note to the chairman of Tinh Gia District People's Committee, requesting the district authorities to sent specialists to Hai Linh Commune, where the outbreak was detected, and the neighbouring communes to guide people on containing and stamping out the flu and take precautionary measures.

The note said the transport of poultry from the disease-hit area would be prohibited, and that the chairman of the Tinh Gia People's Committee would be held responsible if the outbreak spread to other areas.