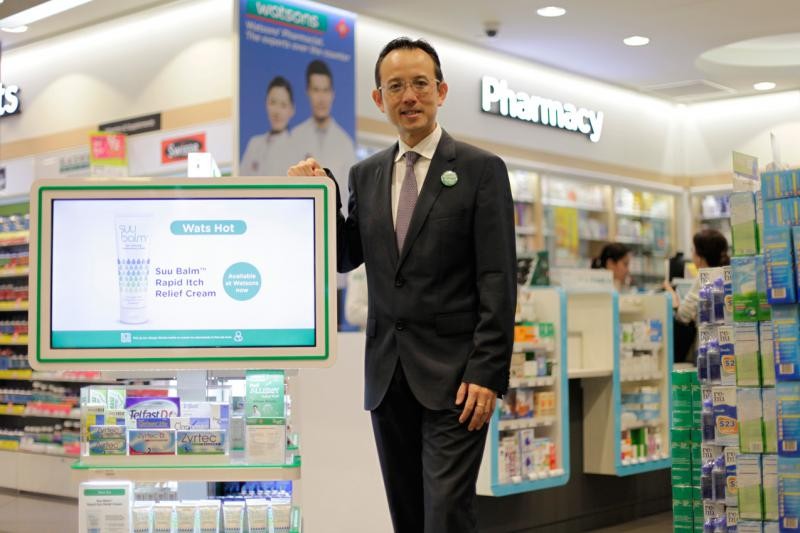 Consumers may know Watsons for its beauty halls, but chief operating officer Dominic Wong wants the pharmacy giant to be known for its health offerings as well.

At the launch of the company's allergy care services recently, Mr Wong told The Straits Times that while it already holds pole position for beauty retailing among consumers, it is also aiming for the crown in health offerings - a move that will see it come head to head with health retailer Guardian.

While Guardian currently has 131 stores and 70 pharmacies, Watsons has 106 stores and 38 pharmacies. But Mr Wong is not deterred. He said that although Watsons has fewer stores, third-party research shows that Watsons leads in health sales per store.

The firm added that it wanted to offer allergy care services after surveying 4,900 people and discovering that about half suffer from allergies at least once a month. The allergy care services, which cost roughly $100,000 to roll out, will include public health talks later this year.

The company will also offer more health products, such as in its traditional Chinese medicine range .

Mr Wong, who has been COO for seven months, also plans to ramp up digitisation efforts as part of a strategy to do more than sell products, and to provide education to consumers on what products they need.

Less than a month ago, the company placed 11 digital screens in its flagship store at Ngee Ann City. The screens show a variety of videos with information on beauty and health, such as how to apply make-up and tips on foot care.

There are currently digital screens in three stores, with plans to roll them out to more stores.

While retail sales here are projected to grow at between 1 per cent and 2 per cent this year, Mr Wong is bullish on Watsons prospects.

He said that while growth for the last five years has been higher than the average retail growth of 3 per cent, he is aiming for a double-digit growth this year.

"2016 has been a good year for us so far, and we have been growing faster than the market.

"We know it is going to be a tough market so we are trying our hardest to drive that growth through innovation," he said.