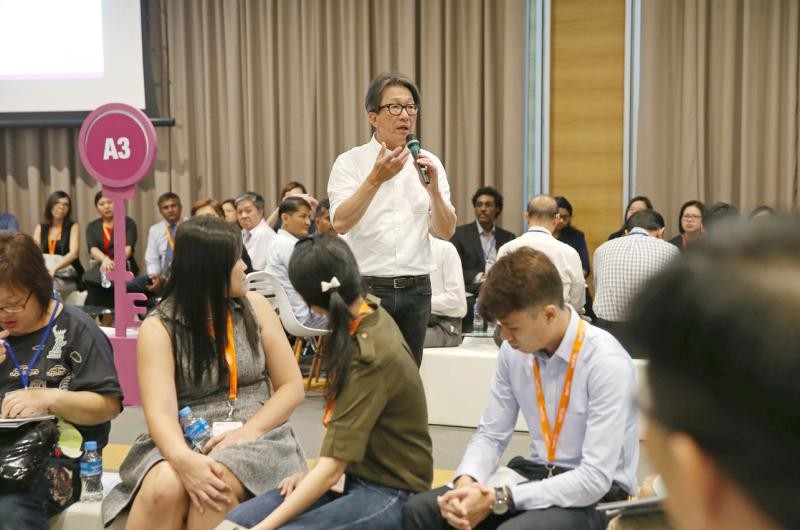 Local professionals, managers, executives and technicians (PMETs) looking to make a mid-career switch will now have a new avenue to do so, as job vacancies and active recruitment signal a healthy demand for PMETs in the wafer fabrication industry.

A new professional conversion programme for the industry, unveiled on Monday by the Singapore Workforce Development Agency (WDA), will provide training for mid-career PMETs who wish to retool their skills and serve as engineers or assistant engineers in wafer fabrication firms here.

The programme, part of the Adapt and Grow initiative announced in this year's Budget, is aimed at helping Singaporeans grow their skills as a way to adapt to changing job demands.

Urging employers to "invest in the future" amid the cyclical downturn in the semiconductor industry, Manpower Minister Lim Swee Say, who was speaking at the programme's launch on the premises of Systems on Silicon Manufacturing Company (SSMC) in Pasir Ris, noted that by providing a training framework to help people acquire new skills, the industry would then be better prepared for the ensuing upturn.

SSMC - have committed to hiring PMETs under the programme, and are projected to hire up to 70 local PMETs over the next 12 months.

The programme will therefore help Singaporean job-seekers affected by economic restructuring by providing them with opportunities to acquire new skills and expertise in a growing industry, Mr Ng added.

The government will support 70 per cent of the trainee's salary during the training period, with a cap of S$2,000 per month, while enhanced support of 90 per cent capped at S$4,000 per month will be provided for Singaporean PMETs who are long-term unemployed or aged 40 and above.

At the event, SSMC also launched a new training facility called the L.E.A.N. Centre. Simulated after an actual cleanroom fabrication environment, the facility will be used to train more than 500 of the firm's staff, said SSMC.

This article was first published on May 17, 2016.
Get The Business Times for more stories.