What are the roadblocks to flexible work arrangements being implemented? 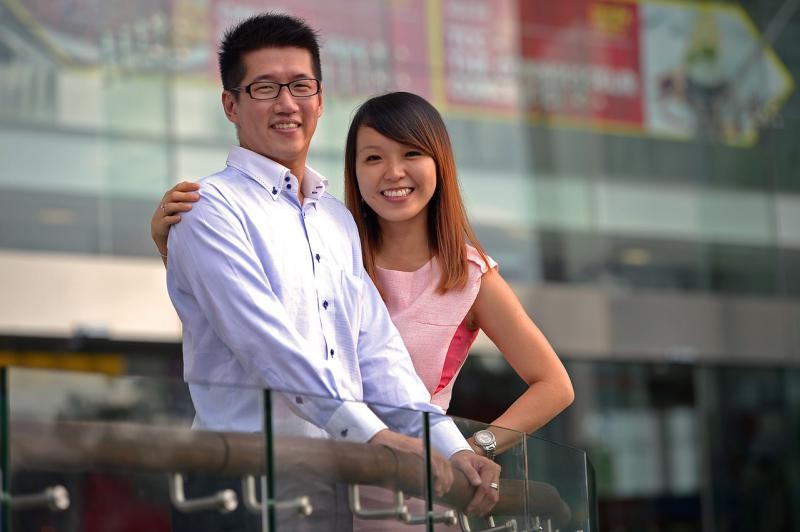 So the government has been offering companies money to implement flexible work arrangements with the Work-Life Grant, but for once, SMEs aren't rushing to snap up the freebies.

Only 287 companies received the grant in 2014 and 549 last year, a number which pales in comparison to the PIC scheme, which had businesses scrambling to equip their workers with iPads even if they didn't need them… or setting up sham companies just to get the grant money.

In a nutshell, the Work-Life Grant consists of two separate monetary incentives that are paid out to companies in exchange for implementing "work-life programmes" like flexible work arrangements, so Singaporeans can go home and pump out more babies.

Have our suspicions been proven right-that Singapore employers prefer to keep their employees on a tight leash? Can't have them running around whenever they please and-gasp-actually having a life outside of work, can we?

Or is the low take-up rate the result of a combination of factors? Here are three reasons companies are reluctant to take up the Work-Life Grant.

The government has taken a blanket approach in its offer of help to companies for implementing flexi-work arrangements. The problem is, many companies simply have no idea how to incorporate flexi-work into their day to day operations, and some guidance might be needed to nudge them in the right direction.

We're used to thinking of flexi-work arrangements as involving either telecommuting or flexible hours. It's easy to see how neither of these solutions would work in certain industries.

For instance, there is no way factory workers can work from home, unless they're working for an illegal curry puff syndicate.

And allowing the waitstaff at your restaurant to come in to work anytime they like means everybody will "siam" the lunch and dinner rush hour.

If the government is serious about getting companies in "difficult" industries like manufacturing, hospitality, transport and logistics, some hand-holding is needed. The government will have to have specific initiatives outlined for these industries, and then spell them out in black and white to companies.

They will thus need to first educate companies on their options, and then offer the funding to pull off their schemes. If that sounds like a lot of effort, we can see why because….

To the typical towkay who has grown accustomed to running his family business in one way for the past three decades, the phrase "flexi-work arrangements" means nothing. The employees still need to show up every day right? So what is there to be flexible about?

It's hard enough to convince these SME towkays that their companies need a proper website, not some Geocities relic from the 90s. So how do you convince them that their businesses will not fall apart if their employees aren't sitting under their noses all day?

Despite the promise of free cash, putting in place flexible work arrangements takes time and effort. To qualify for the Development Grant, companies need to send an employee for a work-life training course and get someone from senior management to disseminate information about work-life policies to employees.

For many companies, it just isn't worth the trouble. After all, they think, the only people they'd be willing to place on the schemes are pregnant women or young parents, who may not form a significant enough fraction of their employees.

But, more worryingly, there are many SMEs in Singapore that just don't care that much about retaining employees. They don't realise how much constant rehiring and retraining costs them or, worse, actually think of a high attrition rate as a good thing, since they can constantly replace their more expensive hires with cheaper fresh grads.

It's easy to place all the blame on SME bosses, but seriously, sometimes Singaporean employees are also asking for it.

Many Singaporeans in the workforce have resigned themselves to the fact that companies do not want to offer flexible work arrangements or, worse, they are too afraid to take advantage of them because they fear they'll be marked down by their colleagues. They end up trapping themselves in jobs where flexible work arrangements are not encouraged, so it's no wonder SME bosses see no reason to change.

The most obvious example is the employee who hangs around the office till 10pm every day doing his work as slowly as possible because he's afraid to leave before the boss.

The most poisonous of these employees are those who are actively opposed to flexible work arrangements and denigrate their colleagues who do take advantage of them, refusing to co-operate because why should you help to cover for that colleague when you don't owe him a living, right?

At the end of the day, Singaporean employees themselves need to be convinced that flexible work arrangements lift employee motivation and boost productivity. If they seek out work places that offer such arrangements and are supportive of their own colleagues who take up these arrangements, employers will soon have no choice but to offer them in order to attract the most talented workers.

This article first appeared on MoneySmart.