What the EPL needs 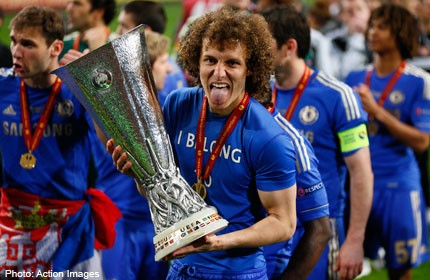 Never has a male-dominated sport been more dominated with squeaking bottoms.

We love squeaky bums at the English Premier League, can't get enough of them.

But the truth is, the squeakier the bottom, the more thrilling the chase.

The EPL craves terrified managers, panic-stricken players and grown men and women weeping in the stands.

The closest, most widely fought, title race in years is heading our way with five eligible contenders - and Liverpool still believing they're eligible, bless 'em.

So this contest had better not hold back on the tears and heartache.

There's nothing like a grown, pot-bellied supporter being captured on camera crying his eyes out.

This season promises more tear-jerking scenes than Leonardo di Caprio falling off that plank in Titanic.

It's going to the wire and there couldn't be more squeaky bottoms if we all sat on wires.

Here's to a stressful, heart-breaking harrowing season that makes the death of Bambi's mother look like a comedy.

This season is Godfather II without Marlon Brando. He's around in spirit, but it's not the same.

David Moyes could be as quietly deadly as Al Pacino, but at the moment it appears he couldn't pay for a parking space let alone a top European player.

He doesn't exude the same degree of charisma and power. It's not the same.

So Sir Alex Ferguson has to make the odd guest spot for the sheer "wayang" drama of it.

If Fergie's spotted in the directors' box brooding, complaining, ranting or pointing wildly at his watch, the new Manchester United manager will be under relentless scrutiny.

Questions will be asked. Jobs will be threatened. It'll be wonderful theatre.

Every time the old Don checks his watch, Moyes will hear a clock ticking. We could have Anakin Skywalker and Darth Vader in the same stadium at the same time.

Old Trafford is about to stage Revenge of the Sith, with better acting.

3) Luis Suarez to a Champion...ship side

What else can the Liverpool striker do? Steal a little girl's ice-cream? Drown a kitten? Join One Direction?

The incorrigible, selfish, delusional individual has moved beyond a mere big screen villain and into a cartoonish caricature of a bad guy.

If the Arsenal deal falls through, perhaps he could get a gig with the WWE wrestlers.

Their villains can't be daft enough. But seriously, honestly, objectively, Suarez deserves the sort of season usually reserved for the likes of Carlton Cole and Titus Bramble - the kind of campaign that suggests the guy was the one millionth supermarket customer and won the chance to be a professional footballer for a year.

Or, better yet, something gets lost in translation and he joins a club who play Championship football, rather than Champions League football, and ends up at Doncaster.

4) The Gunners turn into the Kardashians

Imagine if the Luis Suarez bid proves to be the tip of the iceberg and Arsenal start buying players with all the vulgar taste and subtlety of the Kardashians buying handbags.

As he unveils each new signing in the two transfer windows, Arsene Wenger could throw pound notes around the press conference while singing: "So let me get right to the point, I don't pop my cork for every man I see... Hey big spender!"

Such surreal imagery might obscure the fact that the Gunners are still three places away from challenging for the title.

5) David Luiz to get madder

With the hair and the unexpected bursts of energy, David Luiz always suggests he's looking for his time-travelling DeLorean to get up to 88 miles an hour.

I am desperately hoping that the rumoured Barcelona transfer falls through.

English football has always made room for an eccentric or two and the Chelsea defender/midfielder/forward - often all at once - tops the bill.

He's a throwback to Barnum's circus. He's a clown with courage and crazy like a fox.

Talented and temperamental, he was either euphoric or embarrassing last season.

Mavericks are much more fun than honest plodders. Few players are more entertaining than Luiz when he loses the plot. He's at his best when he doesn't even know there is a plot.