What if Saddam Hussein had prevailed? 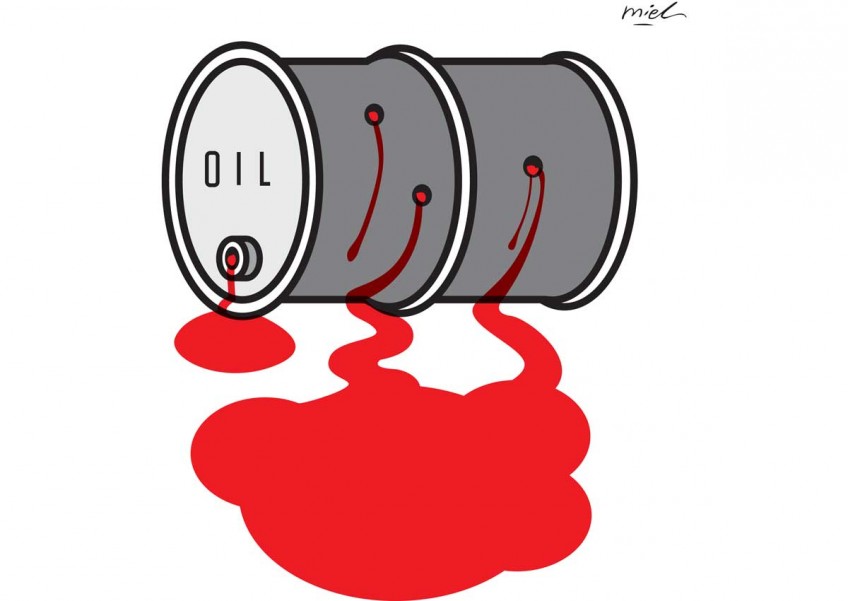 LONDON - It took seven years of investigations and 2.6 million words, printed in 13 separate volumes, for a British committee of inquiry to reach an unremarkable conclusion most of us knew already: that in 2003, the British government of then Prime Minister Tony Blair joined US president George W. Bush in the invasion of Iraq without proper legal authority and on the basis of bogus intelligence information.

Be that as it may, the inquiry headed by Sir John Chilcot, a retired British civil servant, is valuable. For it offers the best analysis yet of a war which divided the Middle East, cost at least US$2 trillion (S$2.7 trillion), and killed at least a quarter of a million civilians plus almost 5,000 Western soldiers. What it does not do, however, is ask whether the costs of doing nothing in Iraq at that time would not have been just as tragic in the long run.

The one part of the inquiry which should have attracted most attention - whether Mr Blair and his United States allies deliberately manufactured intelligence "evidence" in order to bolster their case for war - actually turns out to be the least interesting.

Mr Chilcot and his committee colleagues have found that there was no deliberate intent to deceive, no collusion between the security services and politicians.

Britain's security services, in conjunction with intelligence agencies in every other Western country, assumed that Saddam Hussein, the Iraqi leader, had weapons of mass destruction because they knew that Iraq possessed these weapons as late as the 1980s. What no Western spook could have imagined was that Saddam would engage in the double bluff of both destroying his chemical and biological weapons and still pretending to have them at the same time; that was the game all intelligence services got wrong, but it was an honest mistake, a permanent hazard of their trade.

The real problem was that Britain's security services failed to point out to their political masters that their material on Iraq came from a single source which proved to be just a deluded fantasist, and that British politicians chose to present this information as accurate and complete, neither of which was true.

But it is Britain's professional military which will find the inquiry's findings particularly painful, for they puncture a great deal of London's exaggerated claims about the alleged superiority of its soldiers.

In the immediate aftermath of the occupation of Iraq, British generals claimed their soldiers were supposedly masters at handling occupied territories, because that's what the British military had done for centuries in the far-flung corners of its empire. The British also claimed that they knew best how to handle insurgencies, pointing to their successful suppression of rebels and saboteurs during the Malayan Emergency of the 1950s.

TV crews were invited to the southern Iraqi port of Basra to film British troops playing football with local youth, while armchair strategists in London expressed their pity for the Americans who, allegedly, possessed none of these British colonial refinements.

It was, of course, all nonsense, as the Chilcot inquiry admits. For not only were the Brits far worse than the Americans in their handling of the insurgency which followed their occupation of Iraq, but they ultimately ended up paying off various local militias so that the British contingent would be spared further attacks. In short, Iraq didn't turn into the land of hope, and Britain didn't reap the glory.

And then, there was all the international arms-twisting, the legal contortions which resulted in the US and Britain launching an invasion without clear-cut legal authority from the United Nations. As the Chilcot inquiry makes clear, in his desperation to justify the invasion, Mr Blair also ignored basic British constitutional provisions: the legal advice from Britain's attorney-general about the admissibility of the war was not circulated in full to the entire Cabinet, mainly because it was less than enthusiastic about Mr Blair's justifications for war.

But as damning as the inquiry's report may read, there are also areas where it raises more questions than it answers. It relies heavily on a previously unpublished confidential British government memo from July 2002, in which Mr Blair tells Mr Bush: "I will be with you, whatever."

That commitment, given without consulting Cabinet colleagues a full eight months before the March 2003 invasion, is deemed by the inquiry to have made it "very difficult for the UK subsequently to withdraw its support" from the Iraq adventure. The war, therefore, became unavoidable.

A CRITIQUE OF CRITICS

But that's not how matters appeared at the time, when the US was engaged in its "war on terror" and Mr Blair viewed such battles as part of a broader and progressive world agenda, one in which rulers would be prevented from doing what they pleased with their own people. His so-called Doctrine of International Community, developed during the war in Kosovo in 1999 when American and British troops intervened to save a largely Muslim community from being massacred by their Serb rulers, shaped Mr Blair's view of Iraq: The British leader accepted that war kills innocent people, but claimed that in some cases, it is only the least-worst option if, in the long run, it saves more lives than it destroys.

Of course, that begs the question of who does the calculation about how many lives should be sacrificed, or whether someone sitting in London should take it upon himself to save other nations by killing some of their people. But to really learn the lessons of Iraq, we need to do more than criticise the British and US governments; we also need to criticise the war's critics. For the critics often also made the wrong arguments, and they were often just interested in being cynical rather than constructive.

A common theme of critics at that time was that the Iraq war was "all about oil", a vast plot by the US and Britain to seize Iraq's oil reserves. It wasn't. Iraq's oil is not in foreign hands, and Washington's preoccupation is still that of helping the Iraqis export more of their oil, precisely the opposite of what conspiracy theorists allege.

And then there is the question of alternative scenarios, of what would have happened if the US and Britain did not launch their 2003 war. Although it cannot be proven, it seems likely that, without the 2003 war, the sanctions imposed on Saddam would have disintegrated, and the Iraq leader would have emerged victorious from his confrontation with the West.

That would have hardly made for a peaceful Middle East. And it would not have prevented the wave of revolutions which came to be known as the Arab Spring. The war in Syria would have still been fought, and probably would have been even more vicious since Iraq would have joined the proxy battles in Syria. And often the same people who accuse the US and Britain of war crimes for the invasion of Iraq are now also criticising the same Western powers for not intervening in Syria.

Back in 2003, Mr Blair and Mr Bush chose to fight a war for the wrong reasons and at the wrong time, and their names will forever be associated with that fateful, wrong decision.

Furthermore, much of what the US and Britain did in Iraq after the initial invasion will also go down in history as sheer folly.

Still, it is important to recall that the choice which faced the British and American leaders in 2003 was not necessarily between war and peace, but between one kind of a Middle Eastern war and another.

It is the same choice which faces the current generation of politicians as they look at today's Middle East. And their chances of getting their decisions wrong are, sadly, just as high as they were in 2003.