What the PAP can learn from Britain's Labour Party 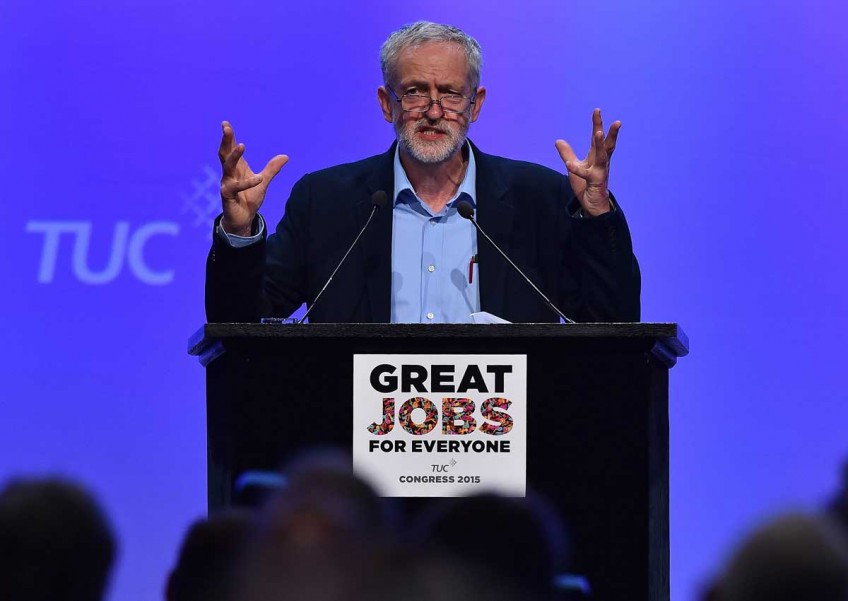 The election of Mr Jeremy Corbyn as leader of the Labour Party and the emergence of extremist politics across Europe also pose questions for Singapore and its neighbourhood.
AFP

I first had the privilege of being introduced to Singapore by Mr Lee Kuan Yew in the 1990s, and have been returning here once or twice a year ever since.

One thing that has always struck me is the keen interest in what goes on in Britain, and the similarities in some respects of Singaporean and British politics.

During this last week in Singapore, my experience has been no different. Almost everyone I met was eager for me to explain what has happened in the British Labour party, and what the recent election of Mr Jeremy Corbyn as the party leader means for the direction of my country and for the party I have belonged to for over 40 years and about which I care deeply.

It occurs to me that one of the reasons for this intense interest is that Singaporeans see - quite rightly - some of their own politics reflected in those of Britain.

British Labour and the Singaporean People's Action Party have in some senses a common heritage. Both had their roots in social action, the empowerment of labour and the principles of social democracy.

As the global economy has evolved over the last 50 years, and with it the nature of society and the concept of "labour", both parties have come under pressure.

In the 1980s and 1990s, I worked with Mr Tony Blair and Mr Gordon Brown in Britain to re-orient and rebuild the Labour party so that it could represent a broader swathe of the British electorate, so that it could be progressive in all senses of the word and look towards the future rather than remain in the past.

In 2011, the PAP was facing a similar crisis of confidence here in Singapore and suffered its poorest election result. The problem was that Singaporean society had evolved quickly and politics was struggling to keep up.

The party had begun to be seen by some as out of synch and out of touch with the needs of ordinary Singaporeans. The election results were a wake-up call: Evolve, or become irrelevant.

At the time, I had many discussions in Singapore about what lessons the PAP could learn from the election result, drawing at times on my own experience of transforming the Labour Party in Britain. It was a time for a steady hand and not for panic - but one nonetheless that did not complacently take success for granted.

The PAP took action and it did it well. It reflected, re-engaged and rebuilt the party, and earlier this month, it was rewarded.

In many respects, giving your vote to a party is like entering a transaction. You want to know what you are getting in return for your money, you want the best possible price for your vote and your negotiation will go on until the very end. This is what happened in this year's election.

It went to the wire as uncertainty about the result grew, but ultimately the voters decided that the PAP had earned the public's confidence. But, rightly, the PAP had to work hard for this endorsement.

In Britain, my party has been going through a similar crisis. After an unprecedented three successive terms in office, our defeat in 2010 was a devastating blow. Labour too went through a period of reflection, but unlike the PAP, we learnt the wrong lessons and moved further away from people, not closer. The result is the election of Mr Corbyn, an old-style personality on the hard left who managed to appear as if he was offering something fresh.

Many young people, tasting politics for the first time, thought it was time to try something new. They had no memory of the sort of isolationist, quasi-Marxist policies that Mr Tony Benn and his followers like Mr Corbyn had brought into vogue in the Labour Party in the early 1980s.

They were joined by many older "re-treads" who had never liked New Labour's modernising approach and saw a big opportunity to take the party backwards.

Significantly, Mr Corbyn's election as the Labour leader is not a freak anomaly but represents a wider trend across Europe. Voters are increasingly rejecting mainstream politics in favour of the extreme left and right.

It is the same momentum that has driven voters towards Syriza in Greece, Podemos in Spain and the National Front in France. Politics in Europe is now more divided and in greater flux than at any other point in my political lifetime. Whether these forces are strong enough to propel Europe towards disintegration remains to be seen.

Personally, I do not believe so. As the economy recovers, confidence will return and mainstream parties will reassert themselves. But no one should underestimate the turmoil that will continue in the meantime.

The election of Mr Corbyn in the British Labour Party and the emergence of extremist politics across Europe also pose questions for Singapore and its neighbourhood.

Will Asia be immune from this trend, whereby political and financial elites find themselves becoming increasingly discredited before an electorate that is increasingly disenchanted?

Party activists in the United Kingdom are drawn to Mr Corbyn for the same reasons that Republicans are drawn to Mr Donald Trump in the US: He appeals to them because they see him as straight-talking, anti-establishment and authentic (even if his authenticity is rather forced and the policy choices he presents are false).

As the PAP builds on its commendable election victory - which other incumbent governing party could wish for a rising share of the vote when the opposition has free rein in social and other media? - the party also needs to understand that delivering strong economic growth and improving public services are not the only things that are needed to keep voters on its side.

The party needs to continue to update the way it views and manages its relationship with the electorate.

One of the things that is attractive about the PAP is that it has no swank or swagger. Like Singapore as a whole, there is much to boast about but intense modesty in showing it off.

The party's leaders need to continue to use their emotional intelligence and keep on the public's wavelength.

Above all, there has to be a constant modernising thrust to the party's thinking, both in how Singapore creates new competitive advantages so as to maintain its national income and new ways to redistribute the fruits of this endeavour to the widest number of people. Economic efficiency and social justice must not become separated.

Singapore's politics have always been the envy of the rest of Asia.

I am sure it will not fall for the compelling but ultimately futile rhetoric of politicians like Labour's new leader, but this means continuing to develop a model of its own that really does provide for the many not the few.