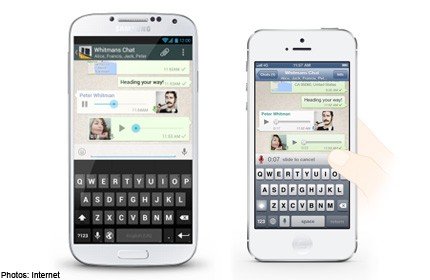 WhatsApp recently told All Things D that it now has more than 300 million active users across the globe. However, it also mentioned that WhatsApp will also receive a significant upgrade that adds a push-to-talk feature. The new feature will be made available to WhatsApp users on all supported platforms (iPhone, BlackBerry, Android, Windows Phone and Nokia's Symbian) by the end of this week.

Using the voice recording feature found in Facebook's Messenger app as an example, Koum showed that it took three taps to send a voice message. With WhatsApp, it only requires one tap. Users simply push to record, and release to send. If a user decides not to send, a swipe to the left will delete the unwanted voice recording.