When your boss plays favourites 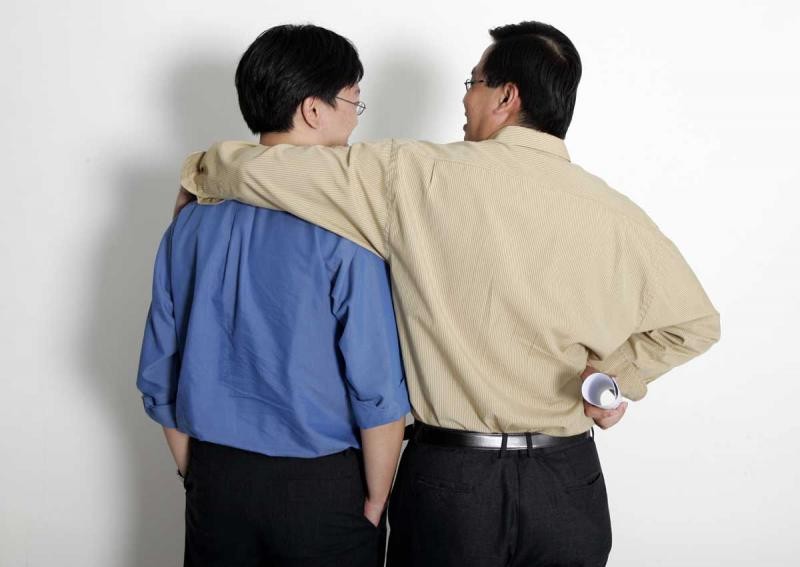 WHEN we were growing up, I recall one time when my younger sister innocently asked my parents who their favourite child was.

My parents calmly responded that they loved us both equally, sidestepping the question like champion politicians.

But my sister was clearly not satisfied, and every time some form of injustice was perceived, she would accuse them of bias. "Not fair!" seemed to be the most common accusation.

To this day, I have no idea if my parents have a favourite (studies seem to indicate that almost all parents do). But even if it was the case, it has certainly been hidden very well.

But it's not just children who complain about preferential treatment by parents or teachers; working adults encounter it in the workplace too.

Unless you are exceptionally lucky or hiding in a cave your entire career, chances are you probably would have seen or experienced some form of favouritism in the office.

The boss's pet is likely to receive the plum assignments, get the most time spent compared to anyone else in the team, and gain access to confidential information and the latest news.

Instead of feeling bitter or dismissing it as part of life, you can make yourself look good while dealing with the boss who plays favourites.

Karen Blal, managing director of CIPD Asia, believes that it is human nature to have favourites and "should not be a problem" if those in authority don't show it.

The thing is, most bosses just don't realise how much scrutiny they are under: employees observe their every move - from who they take breaks with to who they chat with.

And if unfair treatment is perceived to have taken place, you can be 100 per cent sure that people will notice.

Whether there is actual favouritism at play doesn't even matter, as long as that is what people believe and is enough to affect their morale and behaviour.

Reasons for favouritism include sharing the same outside interests, having common friends, or simply because the employee was someone they hired instead of an inherited one.

This means that managers end up preferring employees who are not just competent, but also similar in terms of culture, mindset and values.

Ms Blal says: "Having the same cultural values creates a strong bond and makes it easier for people to interact with each other . . . This is seen clearly in a multi-racial society like Singapore, where cultural groups stick together."

There are many grey areas when it comes to favouritism, making it hard or very hard to prove.

But when it comes to a superstar who has made stellar contributions to the team, it is important that this is recognised by people beyond the manager. This could mean a roundtable discussion and benchmarking at various levels to establish that the employee is truly a "high potential" based on merit.

In that case, Mr Mittal says that it is valid for the manager to focus more on grooming and investing in such talents, provided there's transparency and accountability.

Once it is made clear that the employee is deserving of the status as the boss's right-hand man or woman based on performance, the gossip tends to stop.

"But in such a scenario of weak manager-employee communications, it is quite easy for perceptions of favouritism to gain ground," explains Mr Mittal.

So while it is tempting to form cliques to badmouth or "gang up" against the particular employee, stop and ask yourself objectively why your boss would favour that person.

While these considerations are not justifiable reasons for preferred treatment, they do go some way in understanding the mind of the manager, whom many forget is also human.

"Rather than focusing on the problem at hand," says Deon Senturk, senior business consultant at Talent Plus, "shift the focus to thinking about your own capabilities and analysing whether you are achieving your full potential at your present job."

It is understandable to cry foul when the playing ground seems unequal, but this won't help the situation and could make matters worse.

Always behave professionally, even if your manager doesn't.

But the worst possible approach is to do nothing about it, says Ms Senturk. When it comes to a supervisor who plays favourites, employees need to take control.

If there's a project that interested you but went to the favoured staff, ask the manager what you can do to take on such assignments in the future. This forward- looking approach is more productive than seething silently. Your boss might not even know you were keen on it.

"Initiate a conversation with your employers to discuss your career investment and how you too can advance professionally by maximising your strengths," she says.

Mr Mittal adds that employees need to understand what behaviours, activities and outcomes are truly valued by managers, and then strive to deliver on them.

Regular progress conversations not only help managers gain clarity about the contributions of the employee, they also give employees a platform to build a relationship with their boss and gain some visibility at the same time.

Self-promotion doesn't have to be a dirty word - employees need to seize or create opportunities to share their good work with their bosses and propose new ideas for the team.

Ms Senturk adds that having an open and honest relationship with your boss is a two-way street. So, sometimes, they have to take the first step to pave the way for more dialogue. "Having that conversation, however difficult it may be, can be empowering, and could ultimately lead to a solution."

This article was first published on July 16, 2016.
Get The Business Times for more stories.