A white wine grape most versatile 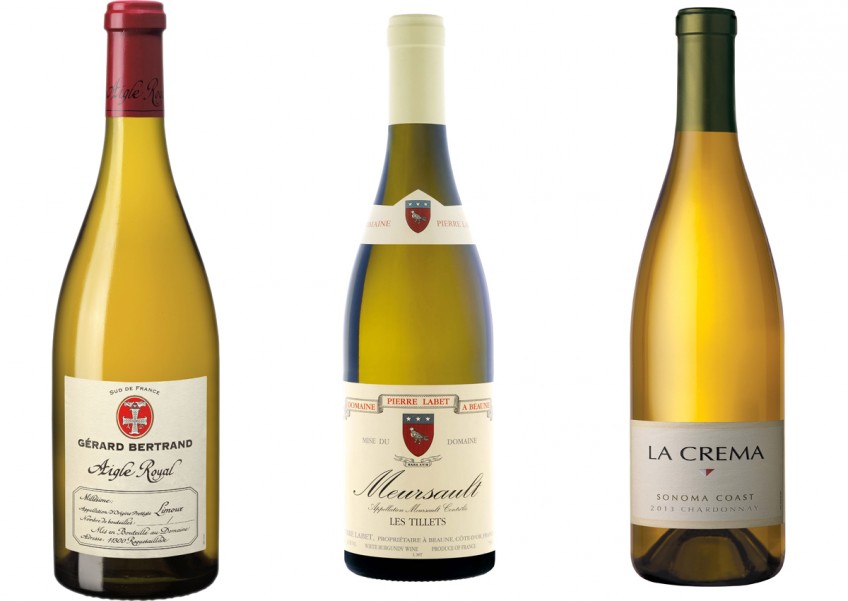 Chardonnay is both famous for its importance as a wine grape, and infamous for being unfashionable. But even critics can't deny Chardonnay's importance in the wine world.

From Cote de Beaune and chalky Chablis in France's Burgundy region, to Australia's Margaret River and California's Napa Valley, it's clear that Chardonnay is an immigrant. Hardy and adaptable, Chardonnay has managed to thrive in diverse soils and climates.

In the late 20th Century, however, a movement named Anything-But-Chardonnay (ABC) made it terribly unfashionable to declare any love for the grape. Part of this was the fault of poor examples of winemaking - fat, basking in oak, and entirely lacking subtlety. It also didn't help that bored wine drinkers wanted to promote wine made from less famous grapes.

Yet, after two decades spent reciting the mission statement in restaurants and at house parties, Chardonnay isn't going anywhere. In fact, Chardonnay planting has doubled over the last two decades, and ranked the fifth most planted wine grape variety as of 2010.

And all that bad publicity has forced Chardonnay producers to work even harder, such that drinkers today are much more likely to find elegant examples than they used to. Chardonnay is no longer a minefield of over-oaked excess.

This increase in quality has benefited The Business Times Wine Challenge 2015 - CEOs' Choice in partnership with UBS. Chief judge Lim Hwee Peng declared that, of all the Chardonnay wines judged in the BT Wine Challenge since its inception three years ago, the quality of wines submitted this year was the highest.

"Trends of producing Chardonnay loaded with new oak notes are gradually becoming a thing of the past," said Mr Lim. "It is thus no surprise that producers from cool-climate wine regions are handcrafting fine Chardonnay with finesse, texture and subtlety.

"All in all, it is a positive trend that is worth encouraging. And with more European and non-European wines being reinvented by their well-informed makers, the Anything-But-Chardonnay movement has been made redundant."

The following list of 10 Chardonnays were picked by the technical judges as part of the top 50 wines of The Business Times Wine Challenge 2015.

The marriage of Richard Fontaine and Laurence Gagnard in 1982 paved ways for the formation of Domaine Fontaine-Gagnard in Burgundy. But generations of winemaking, combined with inheritance laws, resulted in a vast yet disparate array of vineyards scattered around Chassagne-Montrachet, Pommard and Volnay. Les Vergers is one of the many appellations owned by the domaine. 2013 vintage was a little damp at the harvest period, but Domaine Fontaine-Gagnard was praised by many for retaining its classic freshness with precise acidity.

The name Xanadu was taken by John Langan, founder of winery, from a poem by Samuel Taylor Coleridge. In the poem, Coleridge described Xanadu, the summer palace of Mongol emperor Kublai Khan, as a utopia. The Rathbone family purchased the estate in 2005 and Glenn Goodall took on the senior winemaker role in 2006. Unlike Pierro, Xanadu Chardonnay avoided the use of malolactic fermentation, and relied instead on lees stirring to influence the texture. The resulting wine combines the silkiness of texture and zesty tanginess of acidity.

Margaret River, in Western Australia, can be ranked as one of the top wine regions of the last decade. Thanks to ideal growing conditions, the Langtons vintage chart has scored Western Australia exceptionally well since 2007. Mike Peterkin founded the winery in 1979, and has been an unconventional figure in the neighbourhood. He encourages sensible use of irrigation to ensure vines continue to perform in the dry months before harvest. He also puts his wines through malolactic fermentation to create a seamless expression of flavour and a creamy texture.

It is difficult to ignore the label of Francois Mikulski wines. The white words on a clear plastic film are striking. Francois' father escaped from occupied Poland to England, where he met his future wife, who is from Burgundy. Francois later spent his summers in Burgundy, which inspired him to make wines in his later years. Francois is not burdened by tradition and his freedom can be seen both from the bottle packaging and taste of the wine within.

Macon has always been seen as a backwater of the Burgundy region but its wines tend to be more approachable than those from serious Beaune. Roundness, with pronounced floral and fruit notes, is one of the classic styles of Macon whites. Domaine Nadine Ferrand prides itself in being in Solutre-Pouilly - the heart of the Pouilly-Fuisse region. The average age of vines is 30 years old, which promises quality over quantity.

Les Tillets is not a classified growth, but in the hands of Francois Labet, it sure feels like one. Having adopted natural wine making techniques including the reduced use of spray, fermentation with only natural yeast, and minimal clarification, the result is a more distinctive wine that differs from classic neutrality.

Although Francois Chauvenet founded the wine merchant company in 1853, it was his mother's name, Francoise, that he wanted to have on the label. The company name, spelt "F. Chauvenet", together with his mother's portrait, can be found on every bottle. Today, the company still believes in sourcing and crafting wines that exude elegance, in the tradition of Francoise Chauvenet.

Sonoma Coast runs a long stretch along the western coast of California's Sonoma County. The key feature of the Sonoma coast is the cool Pacific Ocean influence, which brings in frequent fog. And even in the middle of the day, driving through this coastal area can be rather spooky. The fog, however, helps to shelter the vines from the generous California sunshine, and allows the grapes to hang longer, developing complex aromas and flavours. It's worth noting that La Crema actually favours the use of French oak over American oak for wine ageing.

Gerard Bertrand was a rugby player born into a winemaking family. After a 10-year rugby career, and the accidental death of his father, Gerard returned to the winemaking business that his father left behind. In his 20 years at the helm, his expansions have involved several acquisitions, each a jewel of France's Languedoc Roussillon. The Aigle Royal Chardonnay grows in the appellation of Limoux, a region more known for its sparkling wine. The Mediterranean climate provides ample sunshine for vigour, which requires the vine growers to intervene and minimise growth. The wines are often aged between seven and eight months until late March before bottling.

This is the first in a series of five stories featuring the Top 50 wines of The Business Times Wine Challenge 2015 - CEOs' Choice, in partnership with UBS. The wine awards are in their third year, and are the only ones that reflect the palate of Singapore's business elite. Wines submitted by merchants were shortlisted by a panel of wine professionals, and were then narrowed down by CEO judges to 10 CEOs' Choice winners, which will be unveiled at an awards ceremony on Oct 9.

This article was first published on September 9, 2015.
Get The Business Times for more stories.