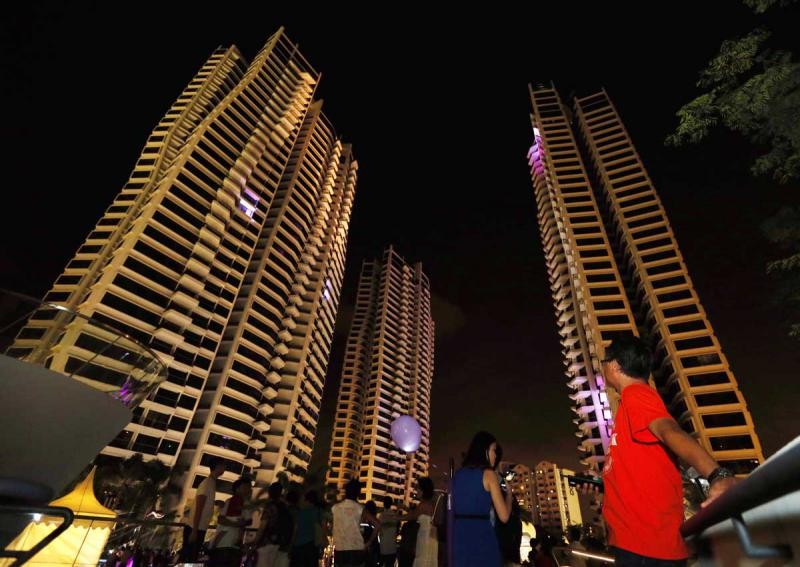 The landscape of Singapore's property market is changing, with price cuts at new suburban projects, while new sale prices for more central homes have been more stable.

This has led to a growing price gap between downtown projects and those in other parts of Singapore.

The price gap narrowed most in 2013, when the private home market peaked, before the Total Debt Servicing Ratio (TDSR) came in, a Knight Frank study found. But with TDSR putting pressure on buyers - especially those of less central projects - the gap may grow even wider.

The premium of CCR over OCR new non-landed homes was 81 per cent last year.

In contrast, buyers of OCR and RCR properties are more price sensitive. "Such buyers are usually bargain hunting... The ability to take up loans is critical for their purchase decision, but many are hampered by the TDSR, and the situation is compounded by ABSD," he added.

As a result, OCR prices have stayed competitive, with more frequent price cuts to move units.

In contrast, prices have been more stable for CCR projects. Units at Robin Residences in Bukit Timah went for $2,371 psf in the first quarter, or 2.4 per cent higher than the quarter it was launched.

But the new sale market price correction seems to be tapering off, said Mr Desmond Sim, CBRE head of research for Singapore and South-east Asia. "New sale prices are a factor of land prices; those who bought land at a relatively high level will still keep prices at a certain level."

In the resale market, the price gap between CCR and OCR non-landed properties was at a five-year low of 90.1 per cent in 2014, and rose to 94.1 per cent last year, noted Ms Alice Tan, Knight Frank head of research and consultancy.

Owners of CCR properties typically have stronger holding power compared with those of OCR properties, experts said. The completion of many OCR projects these few years could mean more secondary market supply as well.

"Resellers also face competition from developers who are launching projects at attractive prices... the price gap in the resale market should widen," said Mr Mohd Ismail.

This article was first published on April 20, 2016.
Get a copy of The Straits Times or go to straitstimes.com for more stories.