'Without the English, we would be poorer' 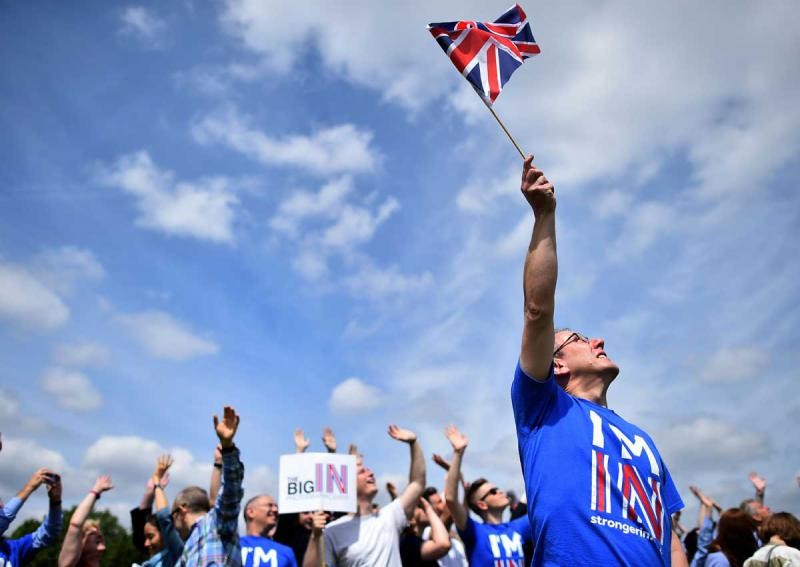 German weekly Der Spiegel wore its heart on its sleeve when it produced a special bilingual edition, the cover of which was emblazoned with a plea to Britain: "Please don't go."

As the British prepare to vote on whether to quit the European Union on Thursday, politicians, economists, media and industry leaders alike in Europe's biggest economy are imploring Britain to stay.

In an open letter to the English, who include "you idiots (hooligans) who fly easyJet, who lie in the sun with your pot bellies", columnist Franz Josef Wagner of the Bild daily wrote: "Without the English, we would be poorer...

"One feels like a child whose parents are getting a divorce. Papa and mama should make up."

"Were the British to leave the EU, it would be a threefold catastrophe: bad for Germany, bad for Britain and cataclysmic for Europe," summed up Der Spiegel.

Asked how Germany would react to a Brexit, Finance Minister Wolfgang Schaeuble, known more for his caustic remarks, said: "We would cry."

So what is sparking the German angst about Brexit? Economists have figures at the ready to show how Germany stands to lose.

Research institute DIW Berlin has warned that a Brexit could easily shave 0.5 percentage point off Germany's growth next year.

After all, Britain is Germany's third-biggest customer, buying €89.3 billion (S$136 billion) in goods last year. It is also the second-biggest net contributor to the EU budget after Germany, paying almost €10 billion in 2014, the Munich-based think-tank IFO Institute noted. If it leaves, the think-tank estimated that Germany would have to contribute "an additional €2.5 billion per year".

Far more crucial is the potential impact on the EU.

German Foreign Minister Frank-Walter Steinmeier issued a stark warning that a Brexit could eventually lead to the disintegration of the 28-member union.

And even if the rest held together, Germany would have lost a key liberal ally pushing for greater efficiency, less bureaucracy and more competitiveness.

Without Britain, Germany faces increasing isolation over its mantra for economic reforms, particularly given that another EU heavyweight - France - is struggling to put down social strife at home over the issue.

At the same time, it could be forced "to take on the leadership role it never wanted", said Der Spiegel.

Without Britain, "the fear of a German hegemony would grow", warned the Stern news weekly.

It is precisely this uneasiness over "German leadership in the EU" that Brexiters had seized on to build their case for leaving the bloc.

Mindful that any interference could prove counterproductive, German Chancellor Angela Merkel and her top ministers have been at pains to stress that the choice is up to the British, even as they warn them against leaving.

"Everything related to the common market, and to the mutual benefit of Britain and all other European member states, would no longer be available to Britain," she said.

Nursing a beer in downtown Berlin, information technology specialist Matthias Keller told The Sunday Times it was "inconceivable" the British would really go. "They are Europeans. Let's hope they do the right thing," he said.