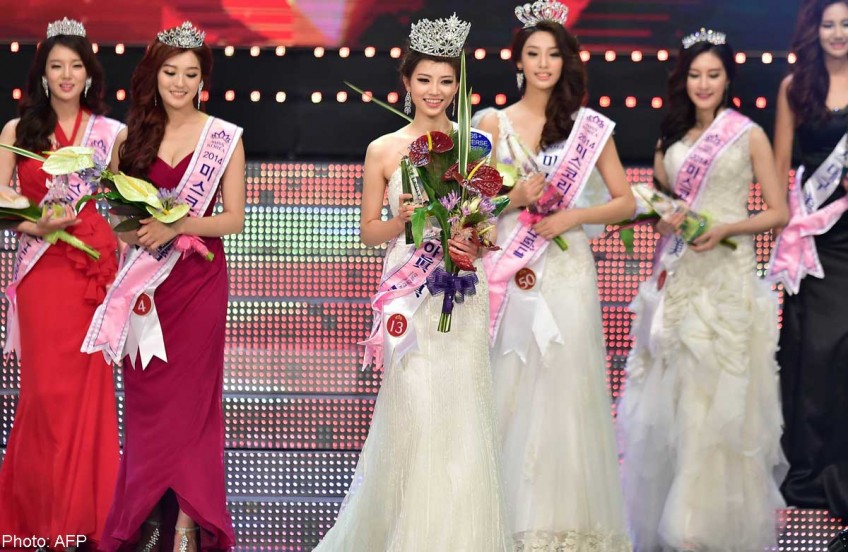 A student from Ewha Womans University has been crowned Miss Korea 2014, organizers said on Tuesday.

Kim Seo-yeon, a 22-year-old student majoring business management in the school, competed with about 50 contestants in the final round of the annual beauty pageant held at Olympic Hall in southeastern Seoul, to win the coveted title.

"I would like to express gratitude to my family and organising committee officials," she said in her acceptance speech.

Kim boasts her Western-style figure - she is 172.8 centimeters tall and weighs 52.4 kilograms.

She will represent the country in the Miss World 2014 scheduled for December in London.