8 things to know about 'most beautiful royal' Lady Amelia Windsor 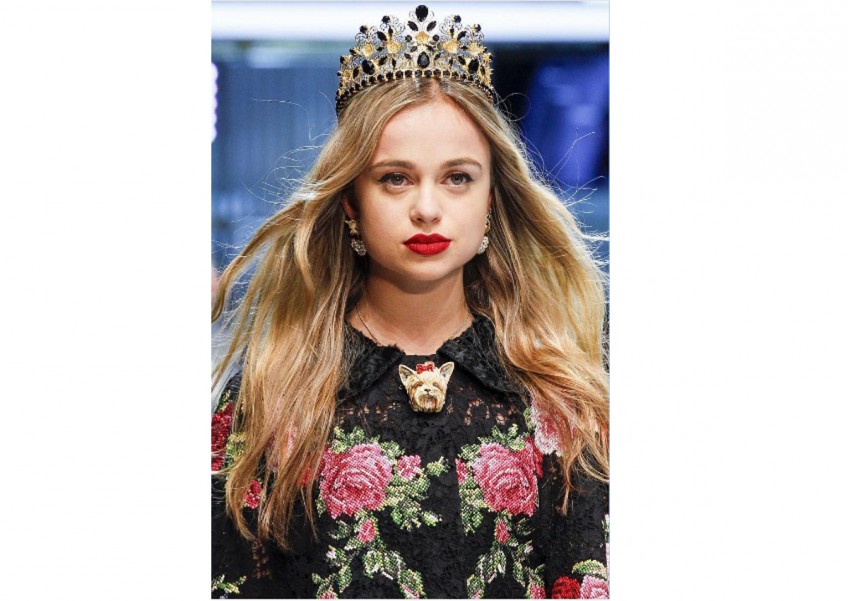 Lady Amelia Windsor, dubbed by Britain's Tatler magazine as "the most beautiful member of the royal family", has just entered the limelight.

Amelia, 21, is the granddaughter of the Queen's first cousin, Prince Edward, the Duke of Kent.

Youngest child of George Windsor, Earl of St Andrews, and Dr Sylvana Tomaselli, a historian at the University of Cambridge, she is 36th in line to the British throne.

Until recently, Amelia had been keeping a relatively low profile.

Her royal blood, combined with a passion for fashion, has launched her into the eyes of the public.

Here are eight things to know about her:

1. She is a University of Edinburgh student studying French and Italian.

Amelia was asked to star in a short film advertisement for shoe brand Penelope Chilvers, which can be seen below:

In addition, she has completed an internship with Chanel, and walked the runway for Dolce & Gabbana in February during Milan Fashion Week.

4. Amelia is currently signed to Storm, the model agency that brought Kate Moss and Cara Delevingne into the spotlight.

5. She loves to travel, and oftentimes solo.

She's gone on many trips to other countries including Morocco, Spain, Thailand, and India. This year, she is studying abroad in Paris and Rome, and is planning to visit the US soon to see her sister in New York.

Although she's caught the public eye with her smart fashion sense and enjoys a good party, Amelia is also bookish.

According to a report by Daily Mail, she is said by a friend to be "quite quiet."

7. While she is used to being in front of the camera, that doesn't mean Amelia isn't interested in other aspects of the fashion industry.

In an interview with Miss Vogue, she humbly shared:

"I would love to make a contribution to any aspect behind the creative process. On my year abroad I want to really further my understanding of every aspect of a fashion house: from the making of the fabrics to the production of a catwalk show."

8. She loves avocado, papaya, and the La La Land soundtrack.