90% of cosmetic surgeries in Japan are facial

TOKYO - Japanese people’s interest in beauty is focused on facial features, according to a survey by the Japan Society of Aesthetic Plastic Surgery that shows 90 percent of about 237,000 common cosmetic surgeries were performed on the face in 2017.

The Japan survey was the first of its kind conducted by the society and targeted 3,656 medical institutions nationwide specializing in cosmetic surgery or cosmetic dermatology, or that have such cosmetic departments. A total of 521 institutions responded. 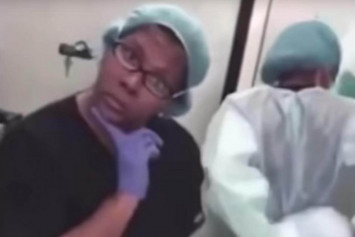 The society believes the survey reflects about 80 percent of surgeries nationwide, as most major cosmetic surgery specialists responded.

According to the survey, the most frequently performed type of surgery was adding a fold to patients’ eyelids, with about 120,000 surgeries of this type. Second was thread lifting, a facial rejuvenation procedure designed to elevate sagging skin using a special kind of thread, with about 26,000 of these operations.

The number of surgical procedures carried out on the face alone amounted to about 217,000.

“The survey is very informative because it reveals a distinctive tendency among the Japanese,” said Jichi Medical University Prof. Kotaro Yoshimura, an executive member of the society. “We’ll conduct further analyses to promote the transparency of cosmetic medicine.”