Actress Rui En puts on 4kg for role as 'auntie' 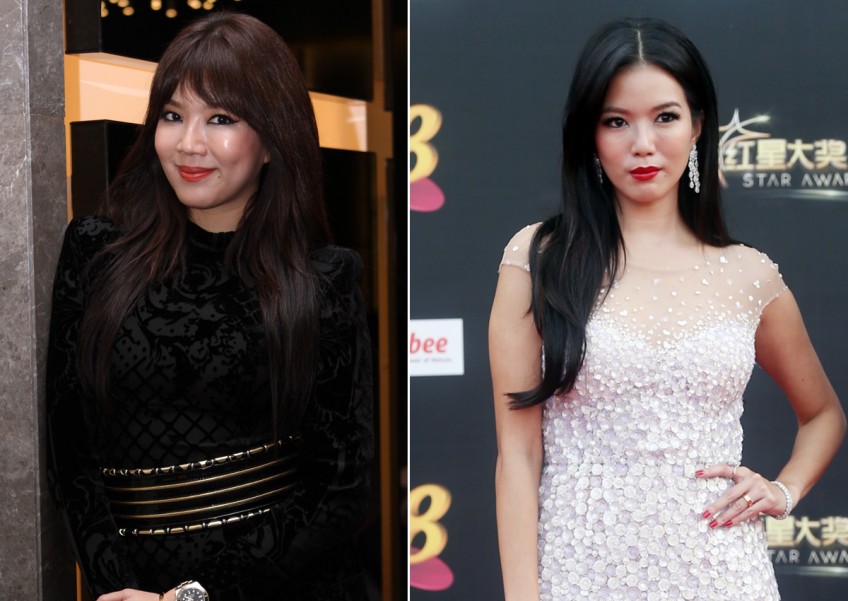 Rui En gained 4kg (L) to look convincing in a fat suit for her new role, as compared to her previous look (R) at the Star Awards in April.
Shin Min Daily News

SINGAPORE -The recent chatter about Mediacorp actress Rui En has moved on from her allegedly sulky demeanour to her new curves.

Looking rather rotund at a recent press conference, she let on that she has put on 4kg for a new role as an "auntie".

In the new show If Only I Could, she plays a woman who travels back in time in an attempt to change the past.

She found that with the fat suit, her face and limbs were too slim, which looked unconvincing, Lianhe Wanbao reported.

The popular actress also joked that she is getting older and her metabolism is slowing down - thus the extra weight.

"Curvy women are very attractive too," Wanbao quoted her as saying in Mandarin.

See also: Rui En has new addition to the family after visiting SPCA

Her recent roles have seen her portray Singapore artist Georgette Chen in a docudrama, and an actress who becomes disfigured in The Dream Makers 2.

Gaining, or losing, weight for a role is often seen as a sign of commitment for actors, and can be a boost for their careers.

Hollywood actress Renee Zellweger put on close to 10kg for the "Bridget Jones" film, and Charlize Theron gained about 13.5kg for Monster (2003).

This article was first published on Nov 24, 2015.
Get a copy of The Straits Times or go to straitstimes.com for more stories.