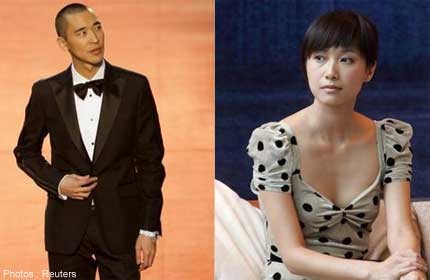 Actress Xu Jinglei, 39, has denied secretly marrying singer Stanley Huang, 38, despite online photos of an immigration form which appears to show her relationship status as married. She says on Monday: "I'd rather conceal my weight than my marriage." The two have been linked since Huang starred in the Xu-directed Go Lala Go! (2010).