Against all odds: Single mum endured 2 years of domestic violence for children's sake 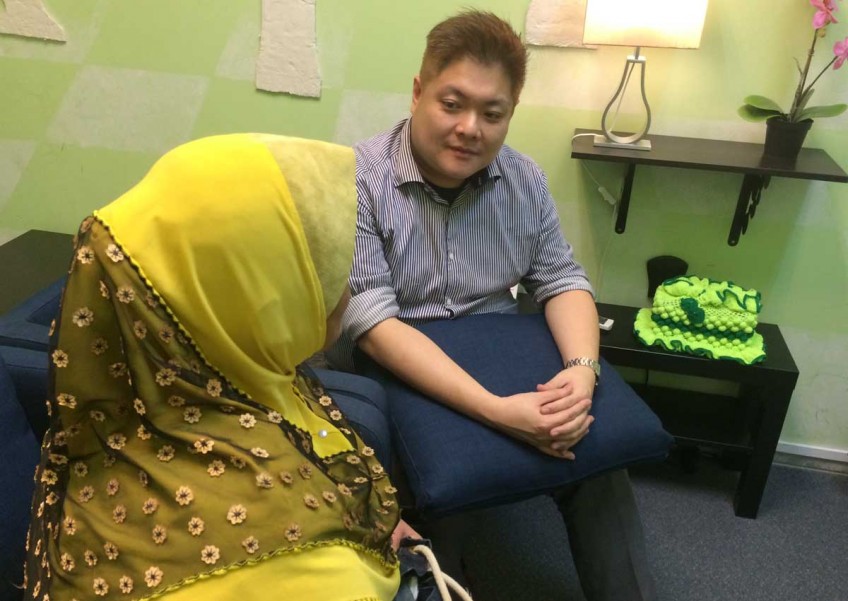 She gave him plenty of chances to save their marriage, but he never took them.

Although their life together seemed rosy at the beginning, things suddenly changed overnight and Madam Rositar became a victim of domestic violence.

The family problems unfolded sometime in 2002 when her then-husband lost his job. He grew violent and started to physically abuse her, she said.

"I thought perhaps there was a reason why he beat me up," Madam Rositar, 49, told AsiaOne in an interview.

As a stay-at-home mum, she took care of her children's needs even when the going got tough.

"We had no money, no food - just beatings," Rositar said.

For the sake of their three young children, she endured the domestic violence for two years.

During her ordeal, Madam Rositar went "in and out of the hospital" to treat injuries such as a black eye and fractures in her arms.

She never pressed charges against her abusive husband, even though hospital staff and the police advised her to do so.

Madam Rositar said: "It's difficult (for me) to accept divorce. In a way, I was forced to do it as he abused me every day. I had to put a stop to it."

"Right now, the law has changed. If you don't press charges, the police will do so on your behalf."

Witnessing the abuse was traumatic for the children. Her eldest son walked out on the family and sought refuge at his maternal grandparents' home.

"Actually, all my kids were traumatised but my younger ones stayed on to protect me. Maybe, they understand me more," Madam Rositar admitted.

And defend her, they did.

She choked up as she recalled how her youngest child, who was then four years old, attempted to shield her with his small body while telling his father: "Don't beat!"

Madam Rositar eventually fled from their 4-room flat in Jurong to her mother's place with her kids in tow.

Amidst her troubles and an estranged relationship with her eldest son, her only concern as a mother had always been her children's education.

She said: "I always told them no matter what happens between me and your father, I want you all to go to school every day. I think maybe from there, they understood."

After their divorce, Madam Rositar received help from the Ministry of Social and Family Development's Social Service Office (SSO) and was advised by a friend to seek counselling at Thye Hua Kwan Family Service Centre (FSC) in Jurong.

"Without the counselling sessions at FSC, I don't know if I'd have made it (here today)," Madam Rositar confessed.

She receives an allowance of $600 from SSO every month, which she said is "enough".

After moving to her current flat, the single mum has since switched over to visiting FSC @ Tanjong Pagar.

When asked about support for single mums in Singapore, Madam Rositar said she "wishes there was a dedicated organisation" that could look out for or follow up on single parents in Singapore.

Mr Lee said: "It's not a fun story. They have their own dignity and they do feel bad asking for help. Why do we create barriers for the underprivileged?"

2014 was also a bad year for Madam Rositar, who was diagnosed with thyroid disorder amongst other health problems which lowered her chances of getting employed.

Despite her health condition, she has been her elderly mother's main caregiver for many years.

"Of course I'd like to work. There's no point in staying home now that my kids are all grown up," Madam Rositar said.

Her plans for the future involves getting her health back so that she can get a job.

Unfortunately, she has mobility issues from a bad knee. Madam Rositar is also unable to afford kneecap replacement surgery which costs at least $15,000.

Bad knee or not, one could never tell that she is a mother who has raised three grown-up kids while struggling with financial and health problems.

The woman is a bubbly and sprightly person who views her children as her top priority in life even when the odds had always been against her.

"Even though they are children of divorced parents, they managed to study and their friends also asked them how they coped. I'm so proud of them."

In fact, her youngest son, now 16, volunteers with FSC @ Tanjong Pagar, according to Mr Lee.

He said that the boy first came to the centre as one of the kids who would take part in their activities. Upon entering secondary school, he decided to give back by becoming a volunteer.

This Mother's Day, Madam Rositar told AsiaOne that she will be receiving a special gift from her daughter Siti.

She said: "She gives me roses for Mother's Day every year. But this year, she will give me the best gift yet because she is graduating from polytechnic. I'm very happy for her."

Siti, 23, told AsiaOne in a phone interview that she feels "grateful and blessed" that her mother has always been by her side to support her.

As for regrets? Madam Rositar admitted that while she does have them, she is unsure why.

"I've been thinking as we spoke," she said.

She paused before continuing: "But, I don't know what I regret."

Thankfully for her, there is a support group for single mums, Wow Moms, at FSC @ Tanjong Pagar for her to fall back on.

Madam Rositar said the support group was "an eye-opener" for her even though they were taught simple skills such as how to make greeting cards.

She's looking forward to the next course, which runs for five weeks, as she sees it as a form of motivation.

The single mum said it's a good way for her to "distract" herself from all of her problems.

Madam Rositar shared: "It's a relief... even if it's just for a while."

If you are a single mother who would like to speak with someone, visit a Family Service Centre nearest to your home.