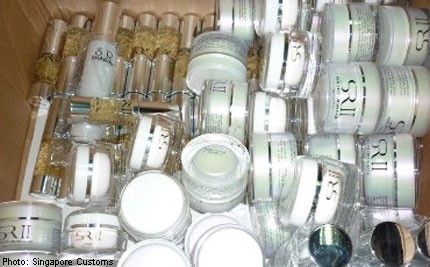 A beauty salon owner has been sentenced to a fine of $21,800 or in default 14 weeks' jail for evading payment of the Goods and Services Tax (GST) on beauty products imported between January 2012 and April this year.

Investigations by Singapore Customs revealed that Melati Binte Abu Bakar, 41, owner of Melati Pesona Beauty, had under-declared the value of the beauty products in bogus invoices submitted in the applications for 27 import permits.

The under-declaration of the product values resulted in a shortfall GST payment of $11,325.99. Melati pleaded guilty on July 11 to six charges of fraudulent evasion of GST.

Another 21 charges were taken into consideration in the sentencing.

According to Singapore Customs, anyone found guilty of fraudulent evasion of GST will be liable to a fine up to 20 times the amount of tax evaded and/or be jailed for up to two years.