Couples are most likely to divorce after 2 to 7 years of marriage and 14.86 percent of couples seeking to split file for divorce due to domestic violence, according to a big data report from China's top court.

The Supreme People's Court released on Thursday a special report on divorce and alimony disputes, which analyzes cases settled at their first trial in 2016 and 2017 around the nation.

It finds that financial support is the main claim in alimony cases.

The report shows that 73.4 percent of divorce cases in the past two years were brought to court by women. Most were couples whose age difference was between 0 to 3 years.

Read Also
Dear Thelma: My abusive wife wants a divorce, I want to keep my family together 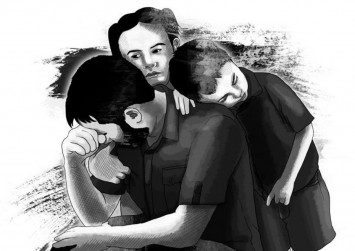 The share of the cases involving only one spouse who wants a break-up is 91.09 percent, and 65.81 percent of cases ended up with a ruling that denied granting a divorce.

As to alimony cases, 85.5 percent of cases involved a plaintiff in poor in health or in strained financial circumstances.

Of the cases involving parents seeking financial support from their children, 98.2 percent involved natural born children; 1.15 percent involved adoptive parents and their adopted children and 0.21 percent of cases were among siblings. Most defendants are sons and daughters. Cases with claims for financial support concerned 95.93 percent of the claims, which include alimony payments, medical fees and nursing fees.