Birthmarks and moles no obstacle for girl called "monster" 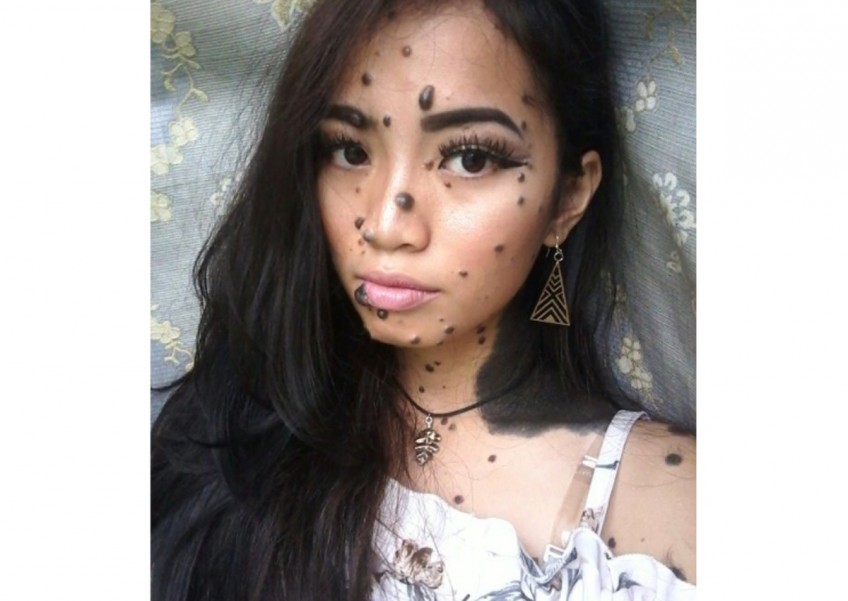 GEORGE TOWN - Born with large and hairy dark moles covering her face and body, she was often called "monster", and even ridiculed as a "Chipsmore" biscuit. But all this only made Evita Delmundo grow in confidence.

"I have learnt to love my body and accept the birthmarks and moles on it. I am now confident about showing the world my uniqueness," said the 20-year-old who auditioned for the Miss Universe Malaysia pageant on June 17.

Evita said she would take it in her stride if she failed to go further, Guang Ming Daily reported.

"It will not stop me from entering other beauty pageants," said the part-time cafe worker.

With mixed Malaysian-Filipino parentage, Evita, who has four siblings, said she has put the early days of being taunted and teased behind her.

"Nobody wanted to befriend me. I remember once when a teacher told two girls to play with me, they complained and it saddened me," she recalled.

It was only when she entered secondary school that she started to open up to others.

Evita spoke of how grateful she was to her mother for showering her with love and support.

At 16, she wanted to have surgery to remove the moles and birthmarks but decided against doing so after being warned by a doctor over the medical risks.

"I hope my story and how I have coped with all the taunting will serve as an inspiration to others," said Evita.