Is cheating a lot easier in the digital age? 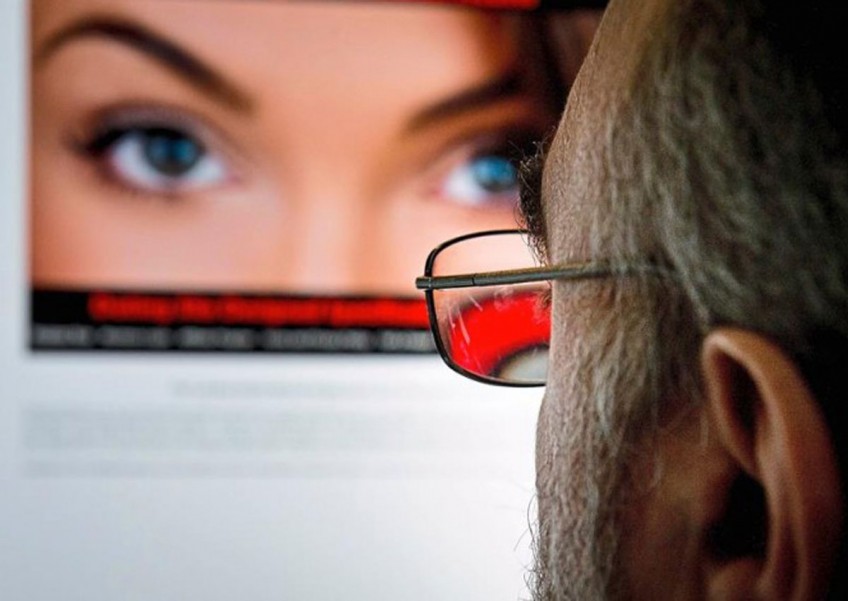 Amirah* stared at the screen, scrutinising the message. It had happened again: her husband was having an affair. The Facebook message was anonymous. It said that he was dallying with another woman, and that the couple were seen checking into a hotel.

Shocked, Amirah logged onto his bank account to check his credit card statements. Sure enough, there they were, documented in black and white: bouquets of flowers bought, hotel bills racked up.

The sordid truth sank in.

"I confronted him. He denied everything - usual excuses, all bullsh*t. Finally, I said I wanted a divorce, and he agreed," she relates.

The first time it happened, she had also found out on Facebook. He had forgotten to log off, leaving her faced with a screen littered with x-rated chats. Before her eyes was a virtual catalogue of his infidelity.

"With technology, the whole world becomes smaller. The access to cheat is greater," she says.

She's not wrong, of course. In a digital age where the Internet has pervaded every aspect of our lives, it's possible to reach someone across the globe with a few clicks. Our smartphones have become extensions of our hands; 4G and Wi-Fi connect us to a global network.

Dating websites and mobile apps are easily accessible to anyone with an Internet connection. Our love lives, once confined to contact with people we knew in "real life", can now exist virtually. Mr or Ms Right could be living in another city or continent, yet remain only a click or flirty emoji away.

But this easy access is a double-edged sword: while our dating pool may have expanded, so has our vulnerability to exposure and data theft.

Members of Ashley Madison - a dating website that promotes having affairs - learned this the hard way. In July, the website was hacked and its members' information leaked. Users were named and shamed. The fallout was an international spectacle, resulting in divorces and even suicides.

It didn't take long for the scandal to break on Malaysian shores. Clients here were mainly from Kuala Lumpur, Penang and Sabah. If anything, the scandal testified to the sometimes unsavoury reality of a digital world.

"Back then, the chances (to cheat) were limited. You had to meet face-to-face. Now, if you're bored, you can just log onto Facebook and find all these pretty girls," Amirah says.

But does the convenience of social media lead to a rise in cheating, or does it merely facilitate it?

For private investigator Vincent Ho, business is booming. The owner of C C Ho PI & Security Services has been in the field for 15 years. Far from the Sherlockian image of a detective, Ho doesn't don a deerstalker or smoke a pipe. Based in a nondescript office in Kuala Lumpur, the 50-year-old looks like your average Joe.

"When I first started out, I would say 60 per cent of my cases had to do with affairs. These days, it's around 80 per cent," he remarks. "More than ever now, there are a lot of cheating cases."

Ho says that the spike in cases has to do with the increasing use of social media and mobile apps: "Now it's very easy to communicate directly with people, to share photos. My cases can start out on social media - someone says hi, the other person says hi back, and it progresses. Temptation is there; it's hard to resist."

"It seems like a new trend with women," he says.

Trend or not, PR executive Jess* has had her fair share of hook-ups. Married Jess doesn't consider having one-night stands "straying". A tech savvy woman, she meets up with other men for "variety and excitement" on Tinder. The dating app gives her freedom of choice: "It's easy and straightforward. There's no miscommunication. You can find out his hobby, favourite colour, favourite sex position, everything."

Jess is uncompromising in her candour, contending that, "if men can screw around, why not women?"

To keep her husband from finding out, she password protects her iPad and handphone. Should he become suspicious, she plans to delete everything, wiping the slate clean.

But the Ashley Madison scandal showed that digital footprints are indelible, that even if you delete information, it's still stored somewhere. However, the website was hacked by skilled cybercriminals in a concerted attack.

Private investigator Ho reveals that it's actually more difficult to track people cheating digitally. "We can do it, but it'll cost a lot of money, because you need specialised equipment. You can browse through Facebook, but to hack into the website is a different thing."

"We have apps and software that can trace phone calls, text messages and other activity, but we have to physically install them into the person's handphone," he says.

Moreover, online evidence is harder to hold up in court. In divorce cases, video evidence of infidelity is more concrete, whereas chat logs and explicit images can be dismissed as harmless fun.

Ho says that although he doesn't like prying into people's lives, he can't deny his company's success: "I handle around 15 cheating cases monthly. But that's only because there are too many to take on; we don't have the manpower to deal with more right now."

Marriage counsellor Dr Diana Baranovich has helped couples and families for 25 years. She has counselled couples in Malaysia for the last eight years. While couples come to her for infidelity-rated issues, they don't make up the majority of her patients. The American estimates that they comprise around a fifth of her clientele.

"I'm not seeing that, just because we're in the 21st-century computer era, there are more infidelities than there were 50 years ago," she says, stressing that this is her personal observation.

Although the divorce rates in the country have skyrocketed, being nearly double what they were a decade ago, infidelity alone does not account for the rise.

As far as Dr Baranovich is concerned, infidelity has always been around, with or without social media.

Unlike PI Ho, she doesn't credit social media for any surge in cheating, instead seeing digital tools as simply making things "easier".

According to The Times (Britain), a study of 2,000 adults uncovered that social media cheating is now more frequently cited as a cause of divorce. No such study has been done in Malaysia, but it's apparent that the very nature of infidelity has changed. A digital world, with its bold innovations and evolving landscape, has meant the restructuring of our lives.

Even though connecting with others is easier than ever, it has paradoxically led to more complications. In this new era, "it's complicated" - a popular relationship status on Facebook - is not trite or evasive, but surprisingly apt.

Meanwhile, Amirah signed up for Tinder after the divorce. A working mother run off her feet, she figured that the dating app would speed up the process of finding a new partner. Unfortunately, it has failed to meet her expectations.

"I've dated a few men on Tinder, but no men of quality. In my experience, men are just there for hookups."