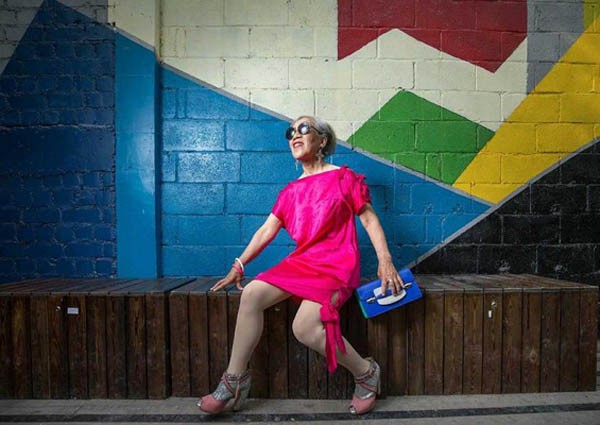 Can you imagine these on a 80-year-old granny?

The fashion icon in her eighties is a Chongqing local in Southwest China who took those photos during her visit to her grandniece Lin Dan in Shenyang, capital of Northeast China's Liaoning province.

"Grandaunt likes posing for photos. So I think the fashion photos could be a special present for her. Then I invited a photographer and took two suitcases of my own clothes and shoes there," said Lin, who owns a fashion shop in Shenyang.

The photos were taken in a cultural creativity park, where many pedestrians were attracted by the shoot.

"A post-90s young man even came over asking to pose together with her," said Lin.

Liang liked singing and dancing when she was young and she picked up photography after she retired.

"No one told me how to pose for fashion photos. I just know how to do it and I also tried to tie-in dressing myself in my daily life," she said.